A Pittance of Time for our forces 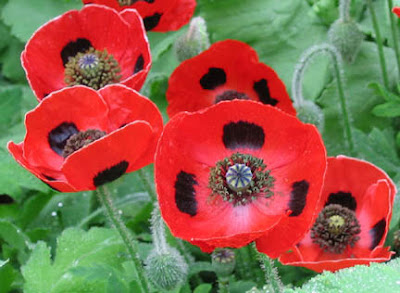 Although it's not yet November, poppies are starting to bloom on lapels in my province, and the veterans are showing up in malls, selling those tokens of remembrance.

Mr. McGregor's Daughter asked what we Canadians celebrate Remembrance Day for on 11 November--meaning is it the same as Armistice Day in the US? It depends on which country you're in, what it's called; Veterans Day, Memorial Day, Armistice Day...but it's for the same reason in each country; to honour the men and women of our respective country's armed forces who served in both World Wars, (and here in Canada, also the Korean Conflict and the Vietnam war, because some of our forces were in those events too). For those of us with loved ones in the armed forces today, we pause to think of them as well.

In Nova Scotia, this is a statuatory holiday, with schools, businesses and institutions such as the postal service and banks closed for the day. Thousands turn out for services in communities large and small, and I am always so gratified to see how many children and youth are attending the services again.

I am no fan of war, or war mongering rhetoric. But there have been times when military action has been needed, and men and women have answered the call...and continue to do so...and those people I will always honour and remember. I go to the service in Canning, then go to the cemetery in Berwick where my grandfather, his daughter and her husband--who served in WW1 and II, respectively--are buried, and lay wreaths for them. My family continues to have members who serve, and who have seen service overseas in peacekeeping missions and other operations; from Vimy Ridge to Kandahar, we remember.

The most powerful--and poignant--tribute to our veterans is the song "A Pittance of Time" by Halifax singer/songwriter Terry Kelly. Before you take a few minutes to watch the video, here's the explanation behind the song.

On November 11, 1999 Terry Kelly was in a Shoppers Drug Mart store in Dartmouth, Nova Scotia. At 10:55 AM an announcement came over the store's PA asking customers who would still be on the premises at 11:00 AM to give two minutes of silence in respect to the veterans who have sacrificed so much for us.

Terry was impressed with the store's leadership role in adopting the Legion's "two minutes of silence" initiative. He felt that the store's contribution of educating the public to the importance of remembering was commendable.

When eleven o'clock arrived on that day, an announcement was again made asking for the "two minutes of silence" to commence. All customers, with the exception of a man who was accompanied by his young child, showed their respect.

Terry's anger towards the father for trying to engage the store's clerk in conversation and for setting a bad example for his child was later channeled into a beautiful piece of work called, "A Pittance of Time".

Some of the lyrics speak to the concerns of our world today, as well as remembering those of yesterday.

In peace may they rest,
Lest we forget why they died.
Take a pittance of time.

From the Lyrics, available here.

WARNING: It's a good idea to have tissues handy when watching this video. I have seen it many times--and even if I were to watch it a dozen times in a row, the tears would come every time.

Will you take a pittance of time this coming 11 November?