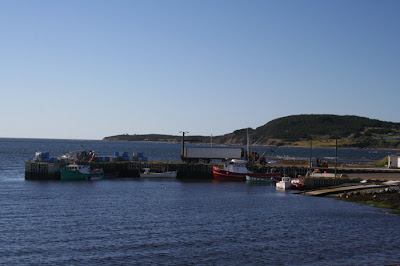 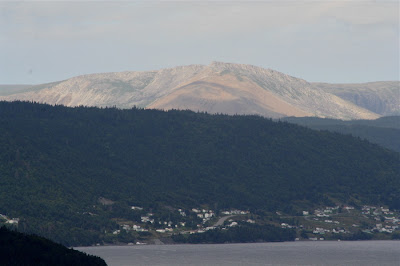 to visit a marvelous book and craft store, where we found awesome books on flora of Nfld and Labrador. Then we drove on up the road to Deer Lake where we turned to head for Gros Morne, stopping first at the Nfld Insectarium, which features a live butterfly garden. 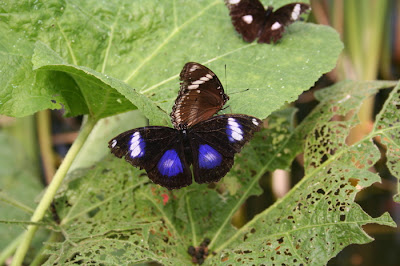 We spent nearly two hours here, both in the butterfly garden where there were dozens of unique butterflies from site throughout the world, and in the three floors of exhibits, including beetles, walkingsticks, and more butterflies and moths than either I or my travelling companion could have imagined. 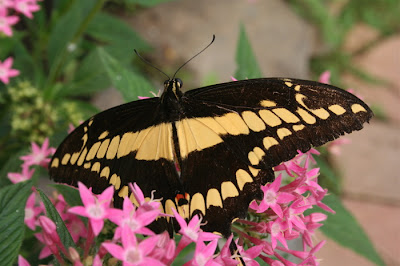 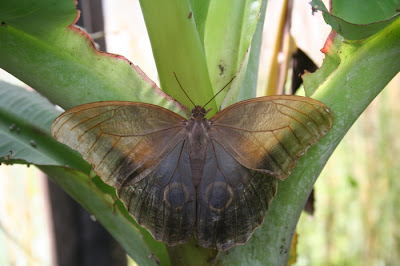 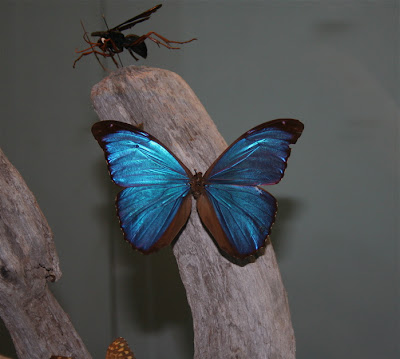 Then we were back in the car and off towards Gros Morne. We had already seen some spectacular scenery, with incredible hills and valleys and fjords.

You know how people are always going on about the Cabot Trail in Cape Breton, in my own province? How it's so great? Well, nuts to all that. Compared to Gros Morne, the Cabot Trail is a footpath through a tiny hill. It's so overrated and over blown...and i thought maybe Gros Morne would be the same.

It isn't. It is amazing, breathtaking, mindboggling and humbling. 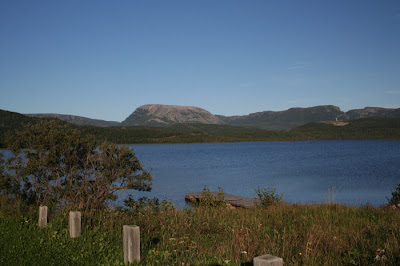 It's hard to show the sense of scale in the mountains and valleys throughout the park, but I can tell you that Gros Morne mountain itself is 806 meters (2644 feet) tall; and is a breathtaking hunk of rock and scree and wildlife to observe. It also has helped scientists understand more about the formation of our world.

The Park's remarkable variety of geologic features provides a world-class illustration of the massive movements of the Earth's crust, and ranks Gros Morne among our planet's most important natural areas.

Gros Morne's landscape owes its grandeur to the dramatic transition from mountain to sea. The cliffs of the Long Range Mountains, towering over deep freshwater fjords, change to coastal lowlands, sweeping out to the Gulf of St. Lawrence. 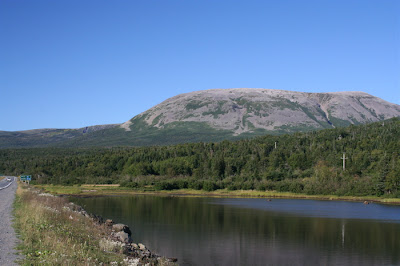 The park is considered a textbook illustration of plate tectonics, the theory that suggests continent-sized plates of the Earth’s crust have collided and separated repeatedly over geological time, opening and closing oceans between them.

Six hundred million years ago, Europe and North America were joined but were starting to pull apart. Magma from the lower crust welled up and filled the gap between them — the solidified magma is now visible in the cliffs of Gros Morne’s Western Brook Pond. From 570 to 420 million years ago, there was an ocean between the two continents called the Iapetus Sea. Sedimentary strata in the park preserve fossils of almost every phylum known to exist during that time — a virtual catalogue of evolution. By 460 million years ago, North America and Europe were pressing together, raising the Appalachian Mountains and closing the Iapetus Sea. Some blocks of oceanic crust and mantle were transported west and raised to the surface of the earth. Eons later, glacial ice scoured the area, creating fiords and cutting transects of the mountains that reveal their geological past. 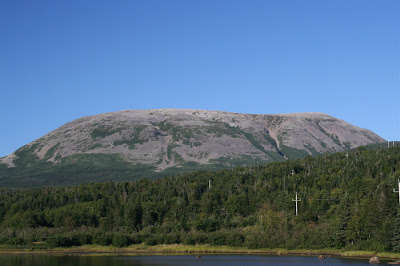 Remember I said this was a humbling place to be? Because standing there contemplating both Gros Morne and surrounding plateaus and tables of the Long Range Mountains, and the plunging beauty of the fjords, I can't help but think about the millions of years this site has stood; and how many millions more it will stand. Nothing of human construct will ever have that sort of history. We are, indeed a puny race when set up opposite the forces of nature.

It's a six to eight hour height to reach the summit of the mountain, and we weren't up for that. Especially reading the information about the hike and what you should and shouldn't do: 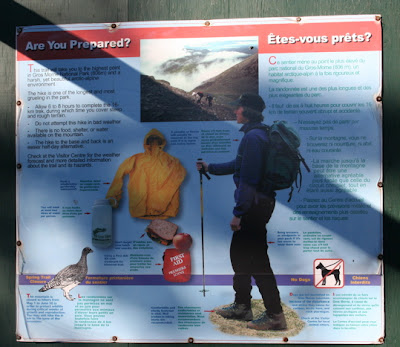 This topographical map gives some indication of just how scalloped and textured the geology and geography of the area is just around Gros Mornel although there is far more to the park and to this part of the province, too. 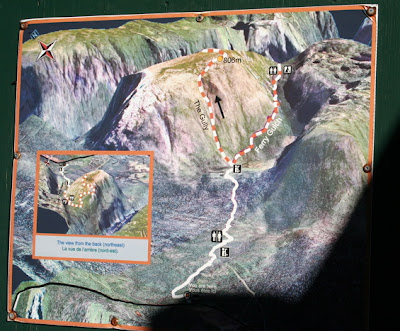 Tonight, we stayed at the Ocean View Hotel in Rocky Harbour, a fishing station used by the French in the late nineteenth century; before supper, I went for a drive to a community called Norris Point , with views of more of the mountains and the fjords of Bonne Bay. 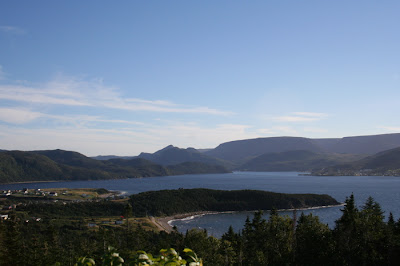 After a supper that featured (for me) fresh cod and partridgeberry crumble tart, it was time to just sit listening to the waves coming in on the beach across from the hotel, and soon to go to sleep. Because while the ferry ride was smooth as glass and the bunks were comfortable enough, the numerous rich, mostly redneck Ontario and American (and sadly, drunken) \ moose hunters who were on the ferry, heading up to go bow-hunting moose here in the province, were less than enjoyable; although we all wondered why on earth they were parading around the ferry in full camouflage regalia. Appparently there was some danger that a moose might leap onto the vessel and start attacking passengers, and these clowns wanted to be ready to save us all. Or something.

Highspeed access tonight was good, but it's hard to say when I'll get it again. We'll see if it's possible in St. Barbe's, on the tip of the province, tomorrow night. Meanwhile, the adventure continues. And if you want to go somewhere so beautiful it will make your heart ache: come to the Rock of my heart, this province of my birth, and to Gros Morne. It is one of nature's most exquisite masterpieces.