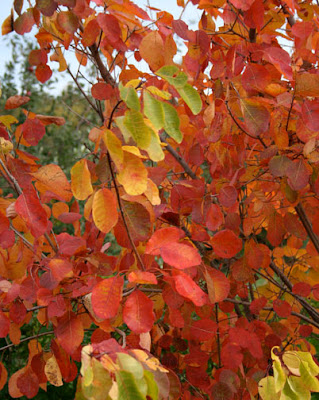 Just as we have plants that we do very well with, we have others that give us fits. Be honest, now…there are plants that you’d love to grow, but just don’t do well for you, aren’t there? Maybe it’s something that’s a challenge for anyone to grow, or maybe it’s a case of wrong soil/weather/acidity/insert reason here. While we sigh longingly over someone’s peonies or bearded irises or poppies, there are things we do very well. My theory is to just giggle over the things that get the better of me, and covet them in other people’s garden. Let’s have a look at some of the plants that have thwarted me. 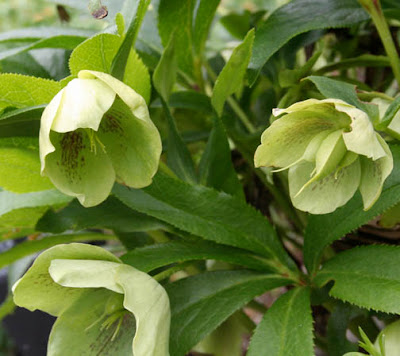 Hellebores. One of the most glorious plants out there, with their glossy foliage and beautiful flowers—the petals of which are actually bracts, or modified leaves, same as with euphorbias. Unlike euphorbias, which I have great success with usually, hellebores don’t love it here. I’ve tried about eight different varieties and half a dozen different sites in the garden, and every year, something happens. They get overwhelmed by winter wet. Or, they might make it through the winter, only to be drowned/smothered by a late snow. It’s those late springs of ours…if these plants were late to wake up, like the gentians, they’d do fine. 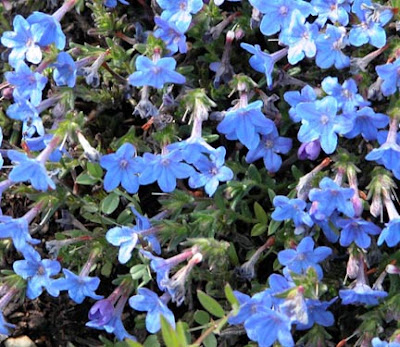 Lithodora. It’s nothing personal with lithodora; it grows just fine for me during the summer, but there is no way it will overwinter here. I’ve tried it a number of times, because of course those blue flowers and that deep green foliage really does it for me, but no….it’s just a little too cold here for it. I know lots of other people around the province who do just fine with it too, where the weather is a little more consistant and the winter a little milder. My solution is to simply treat it as an annual. I buy a couple of plants each spring, plant them out in containers or at the edge of a bed, and enjoy them while they last. Unlike hellebores, lithodora is cheap so it’s easy to buy and treat it as an annual.

Sometimes, it’s just a case of learning more about the plant and its particular needs. One year I planted half-a-dozen heaths and heathers on top of a well drained, but actually pretty soil-less, site. Not surprisingly, they all croaked, probably starved for nutrients as well as some moisture! But I learned more about them, and prepared a special site for them, and now they’re thriving. 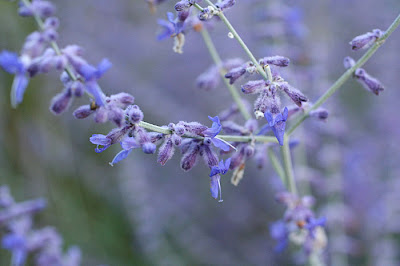 Perovskia. Many gardeners extol the virtues of Russian sage—including lots of gardeners here in the province. I love it too. But this plant must be longing for the steppes, or something, because it refuses to settle in and do well here. It wants excellent winter drainage, which I figured out after it drowned in a couple of sites early on in my planting here. A couple of years ago, I thought I had finally made a breakthrough. The ‘problem child’ bed, where I’ve managed to establish things that want really good drainage through the winter, seemed to be the right place to put Perovskia. And it grew there, beautifully, went through a winter, grew again…and disappeared. I give up. I’ll just enjoy it in other gardens or in photographs. Smoke bush. It’s probably not quite accurate to put this in the ‘plants that hate me’ department, because I only ever planted one Cotinus, a purple smoke bush, and it took four years to die. It’s such a gorgeous plant, with its marvelous foliage colours and those unique plumes of smokelike flowers, and it has spectacular fall colour. Now there’s a gold-foliaged one that has me deeply tempted, so I’m thinking about trying again, in a more sheltered location. The former bush caught a lot of wind through the winter, and that may have done it in; a Rosy Glow barberry has been there ever since but Berberis is a tough plant. So maybe next spring, I’ll try again. 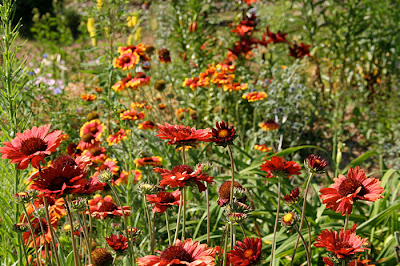 Gaillardia. This plant has been a comedy of errors in our garden. Some of the plants have been annuals, not perennials. Some are not inclined to appreciate cold, wet, soil. Some of them may have been dug up by a less-seasoned and overzealous gardener, trying to clean up a spring bed and mistaking it for something else, as with the gooseneck loosestrife. It’s such a pretty plant, and a butterfly magnet, and I just love it…but it just vanishes in our garden. My friend Marnie down the valley has an impressive bed with several different cultivars, but she also has lovely sandy soil that drains well (and is amended with much compost), and I might just try again in the butterfly garden. 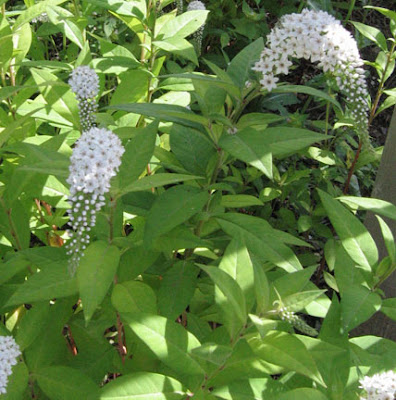 Gooseneck Loosestrife. Stop laughing. It’s true. I’ve planted the garden-variety white usually-spreads-like-crazy form twice, and both times it just. dwindled. away. With the beautiful ‘Beaujolais’, which is a wine-coloured cultivar, I wasn’t surprised—it’s a zone 6 plant and though I tried three different places, and mulched it too, it is just too dainty for our robust weather. It’s gorgeous though, so if you’ve got a warmer zone—or even more consistant weather—I’d say give it a go. As for the regular one…I think it didn’t like the clay in the back garden. OR, it is entirely possible that I dug it out in spring, mistaking it for something it wasn’t, like wild asters or goldenrod or…? 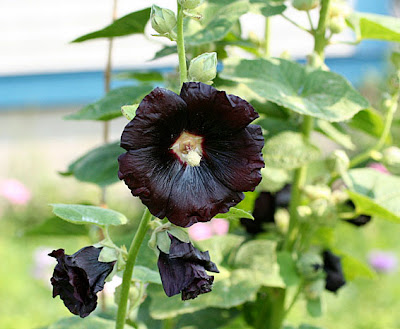 Hollyhocks. Yes. It’s true. Of all the plants that I cannot grow, this is probably the silliest one. The first year we were here, there were plants in one bed that came up and flowered like crazy. I also grew some from seed and planted them in other parts of the yard, thinking I’d have a great profusion of hollyhocks in all colours. Nope. Hollyhocks being biennial, they need to go through winter…and they hated our winter. So much wet, so much cold clay soil, so much soggy hollyhock roots, drowning. “help me. Helllelpppp meeee….”

And there’s much more to my tale of hollyhock woe, but I’ll save that til next time. And leave you with the question: what plant challenges have you had?