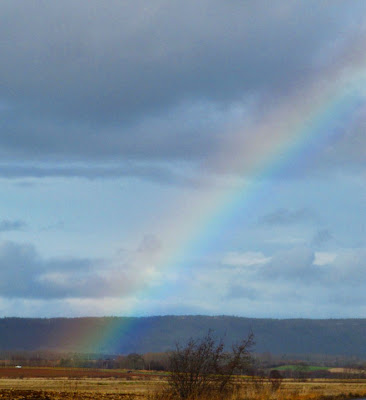 I posted a passage of a song called 'A Children's Winter' on my facebook yesterday, to celebrate that first snow. The song was written by the late and much loved Dermot O'Reilly, and performed by him in the band Ryan's Fancy about 30 years ago.

I got reminiscing about this Irish-Canadian group's music and how much we enjoyed it. Another song by Ryan's Fancy got stuck in my head: "So Long, it's been good to know ya." That seemed appropriate given some of the things I've been contemplating, regarding Bloomingwriter.

January will mark 4 years of doing this blog, and I have enjoyed it immensely, mostly for the privilege of getting to 'know' other garden bloggers around the world. About two years ago, I got hugely brave, and following the instructions created by my friend Kylee at Our Little Acre, I revamped the blog into the way it's looked until today. I've been trying to decide whether to move to Wordpress, whether to change the look of the blog, whether to stop blogging completely. After all, there are gazillions of gardening blogs out there, many of them totally awesome, and what's one more? I've stepped away from doing memes, from participating in awards, and don't have the time to respond to every comment, which makes me feel guilty.

But I decided the best thing to do for now was to spiff Bloomingwriter up for Christmas. We just redid our bedroom with a fresh look, and I used lavender (the plant and its colour) as the motif and one of the colours in there. I like it so much--lavender being one of my favourite plants, after all--that I decided to use a similar theme on my blog. So here it is.
Still haven't decided about Wordpress, or whether to continue blogging when I have so much else going on, but we'll see what the winter brings. Meanwhile, to my old decor, it's "so long, it's been good to know ya..." It served me well, but onward & upward. I hope you like the new look as much as I do.