Spring in the Giants' playground 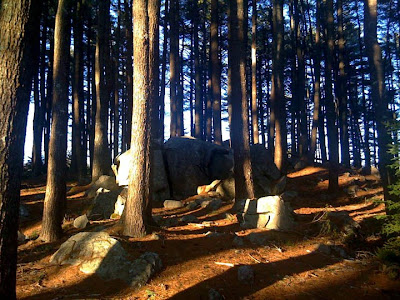 I went for a walk last evening in Pine Grove again. This time, the sun was out, it was mild, and everything was touched with a brush of golden light.
This place reminds me of a giant's playground, the way the massive, elegant pines tower skyward, amongst massive boulders that resemble a child's dropped blocks, scattered every which way. 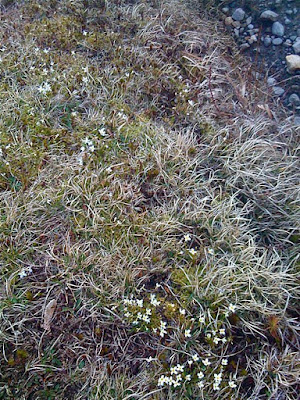 Imagine my delight when I found bluets awake and blooming in a sheltered bank beside the big pond. Sadly, I had only my iPhone with me AGAIN, (I don't like taking my SLR on long walks) so getting them in focus meant stepping back from them somewhat. 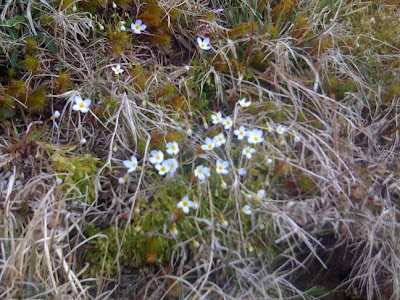 Bluets have long been a favourite flower, though they're not showy. Many people might not even notice them, tiny and casual as they are. But when I'm not gawking skyward beaming at trees, I'm watching the ground for the wee treasures. 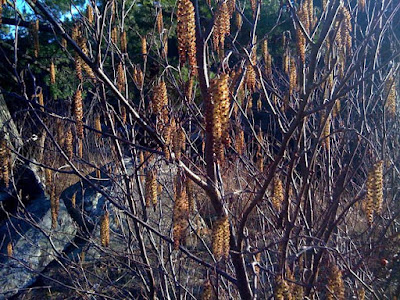 Now, I know a lot of people aren't awfully fond of alders. I rather like them, because they're great for securing the banks of streams, for filtering impurities from water, and their catkins have delighted me since I was a wee child. 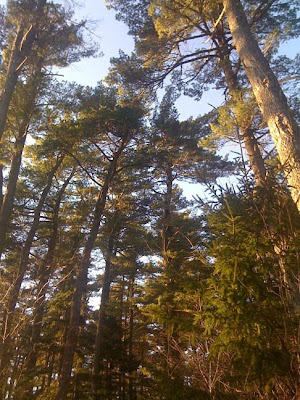 I ask you: who needs a human-built church, temple, or other place of worship and contemplation when there are such marvelous natural places to unwind, think and be glad? 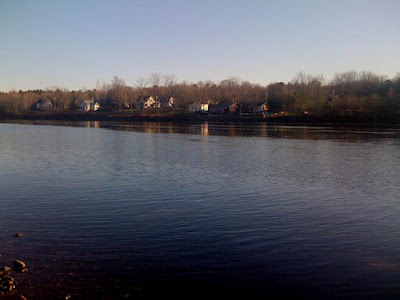 The Mersey river is quiescent after the rains and melt have subsided. This river does sometimes jump its banks, but isn't as troublesome as some in other parts of the country--and our neighbouring country. That's Liverpool across the river; (Liverpool Nova Scotia, that is!) 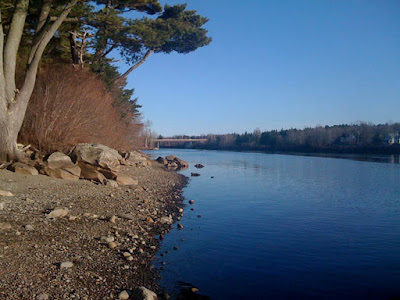 Lots more rocks along this shore, and I thought about sitting on one and just 'being' for a little while. But work was calling to me, so I made a promise to return in a few days, and carried on down the trail. 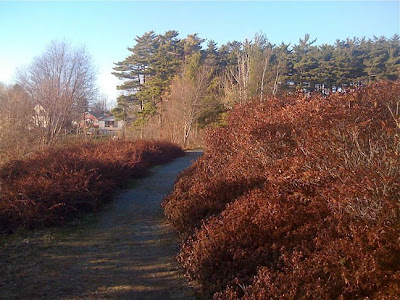 My friend Captain Dick Steele of Bayport Plant Farm brings many plants to Pine Grove to test them out. The woods are full of his rhododendrons, some azaleas, and other plants. 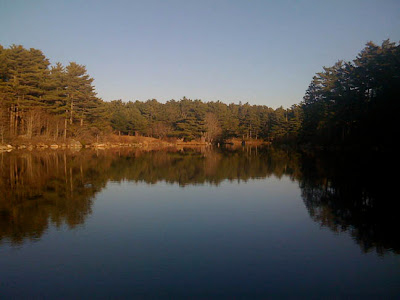 Even though the deciduous trees and shrubs aren't yet leafed out, we can really feel, see and smell spring in the air.
Today, as I write this, there's a shadow of worry over Liverpool and surrounding area. This wonderful place of Pine Grove is owned and maintained by Bowater--yes, of AbitibiBowater, the giant pulp and paper/lumber company that sought bankruptcy protection today. How these things will affect the people who work for Bowater, and the communities around the mill--and these pocket wilderness spaces--we don't know yet. Because I'm an optimist, I'm hoping spring will bring better things to that company as it does to the natural world.