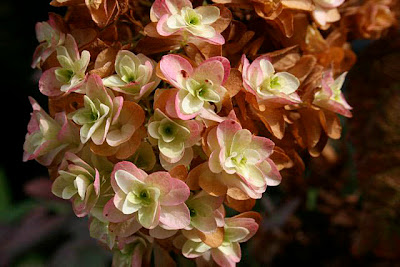 Many of us have been having a blast with our Desert Island Plants, and big cheers and kudos to Shirl for having started this little discussion. Elizabeth of Gardening While Intoxicated (one of my favourite blog names ever!) took the thought a little further, suggesting three new-to-her plants she intends to plant this spring to symbolize the hope and change we’re all longing to embrace and believe in. I think that’s a splendid idea, and sat pondering my choices while watching the snow blow in off the Bay of Fundy. I decided to go with a perennial, a shrub, and a tree, because we have the room here to add many, many more shrubs and trees. But which ones?

There are heaps and heaps and heaps of plants I want to try, and I’m limited only by availability, cost, and time. I have a post upcoming on some of the new plants I’m drooling over, but these may not be available to me for a year or more, or may not be viable here. So I’m limiting my choices to things that I KNOW I can get, at Lee and John’s or Jill’s or Rob’s or Alice’s or Jane’s or a few other places I love that don’t have websites (yet).

I actually decided to claim one of Elizabeth’s choices, but I have slobbered over it in this post last fall, so it won’t be a huge surprise to some of you. Many hydrangeas grow very well for us, but the oakleaf hydrangea is one I haven’t attempted. It’s marginally hardy here. It doesn’t tolerate wet feet. But the benefits when it’s happy? Wonderful flowers, doubled in the clusters if we opt for Snowflake, which is the one I’m after (see top photograph) The flowers are just sooooo pretty, even when they're almost past like in the photo. But actually, it’s the show the foliage puts on in the fall that really floats my boat. The colours are almost indescribable. It was almost a tie between this and the equally gorgeous ‘Golden Spirit’ smoke bush. 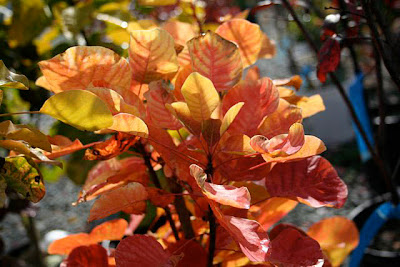 I comfort myself that a friend has a few of these new cotinus and I can probably cajole one out of him and plant it to cold test it here. That’s my story and I’m sticking to it. 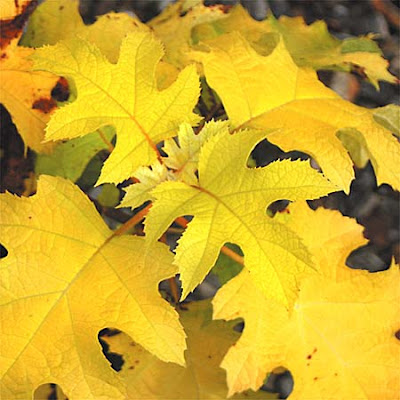 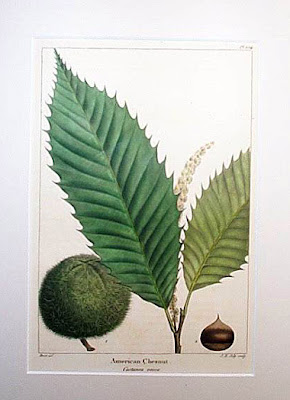 There are a lot of trees I have yet to plant here, from the Korean fir to the golden Metasequoia (I have the regular one) to more red and sugar maples. But as I was contemplating trees, I happened upon a photo I took in a friend’s greenhouse last summer. This friend is a spectacular propagator of plants, primarily trees and shrubs. And it came to me in a flash what would be a terrific experiment as well as a tribute to my American friends: The American chestnut. My friend has seedlings of both this and the Chinese chestnut. As far as I know, we’re beyond the range of the chestnut blight that decimated the species in North America. It’s certainly worth a try putting a couple of seedlings (of both species if I can talk the grower out of them) up here and see how they do. After all, what’s planting a tree if not about planting hope? 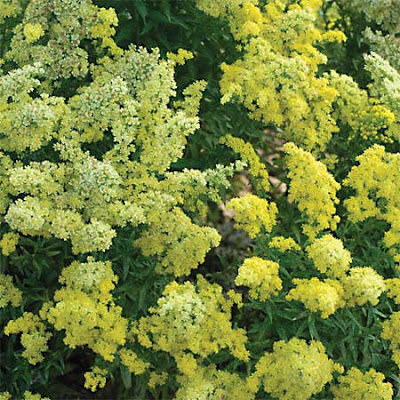 The most challenging decision was what perennial to try. Because any one who has visited the chaos that is my garden can attest, we have a LOT Of perennials. And of those that we don’t have, chances are I’ve tried them once or twice or three or six times and they’ve defeated me each time, or else they aren’t available without mailorder and a second mortgage. Kniphofias, for example, hate my garden and come here to die. So do Stokesias, which is a great pity because they’re so beautiful and there are new cultivars that send me into bad cases of Plant-lust. Like this cultivated goldenrod, 'Little Lemon', which I also found at GardenImport. Oh, I'm tempted. Last summer I saw 'Fireworks' goldenrod planted throughout Powell Gardens in Missouri, and I've wanted that for nearly a decade and never seen it here. So I'm not holding out hope to find this goldenrod locally any time soon, probably because of the misinformation that goldenrod causes allergies, which it does not.

And then it came to me what I'd really, really like: 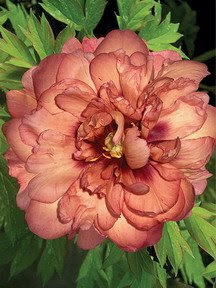 Meet the incredible Itoh Peony Kopper Kettle. Itoh peonies are described as having the best qualities of herbaceous and tree peonies. This one makes my head spin. They're not cheap, but they apparently sometimes rebloom if deadheaded promptly, and I know two nursery owners who have carried them in the past couple of years. I've resisted...so far. But this could be the year.

What interesting plants are you going to 'plant in hope' this year?