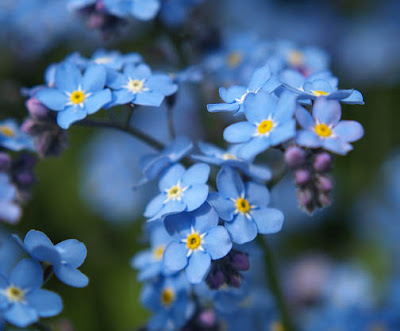 We interrupt our normal musings about plants to talk a little bit about something that affects a huge number of people around the world. It’s January, and in Canada, it’s Alzheimer Awareness Month. (I know the official month is in November in the US, and probably is other months in other countries. If you don’t know anything (or much) about this terrible disease, here are a few sobering facts and statistics.

Count me in those 36 percent and 17 percent groups. I have several friends with the disease, as well as several older relatives. My grandmother had some sort of dementia for the last five or six years of her life before she died. And in 2000, (bitterly, during Alzheimer’s awareness month), my father was diagnosed with this disease, in earlier-than-usual onset. He went into long-term care 13 months later and died in June of 2005. It was a harrowing experience for our family, and now two of his siblings have the disease as well.

That doesn’t worry me personally. I don’t feel like there is a sword of Damocles hanging over my head. We don’t know that it’s the familiar form in our family, or simply a case of people getting older and falling victim through whatever reasons. I’m only HALF DeLong, after all, and there is no trace of it in my mother’s family. But having gone through what we endured with my father, I have all the compassion and sympathy in the world for those with the disease, or with someone important to them who has the disease.

A lot of advances have been made in the past 10-15 years, including several drugs that lessen or slow the effects of Alzheimer’s. They don’t work in all cases; nothing slowed my father’s rapid decline, but I know of others who have done and continue to do well.

What can we do? Support our local Alzheimer’s Society, of course, financially or in other ways. Learn what we can do to help those who have the disease, or those who are caretakers to those with the disease. It’s incredibly difficult for the caregivers, who in many cases are the spouse, sibling or offspring of the person with the disease. Even if caregivers aren’t family members, it’s a hugely difficult task to look after a person with Alzheimer’s, especially as the disease accelerates, as it will do.

In the spring, the gardens of Sunflower Hill are completely awash in a sea of blue, as the forget-me-nots bloom in huge profusion. They’re the official flower of the Alzheimer’s Society, and they gently remind us to never forget those who have been lost to the disease. Even without that context they are one of my favourite flowers, and I’ve been spreading them around the property for nearly a decade now, even before we learned my father’s diagnosis, because I had known several others with AD.

A friend across the miles, fellow gardener and freelance writer, Doug Green, has recently created a website with a LOT of information about Alzheimer’s disease, which you can find here. And the National Society website also holds a huge amount of information.

If you have anyone near and dear to you with the disease, or even if you simply care and want to be informed, have a look at these sites. And maybe, come spring, plant a forget-me-not or two. 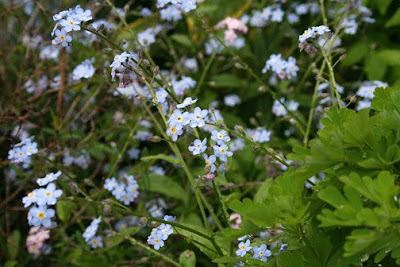