Why I love coneflowers and other true stories 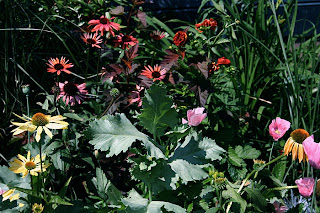 As I walked around the garden this morning, I tried to remember when I became besotted with coneflowers. It’s true I am very fond of most ornamental members of the Compositae, or Asteraceae family, from sunflowers to asters (though don’t ask about my ongoing problem with pulling the wrong asters out of the garden…). But there’s something about coneflowers that really pleases me, and I think it’s partly the attractive central cones, and partly the colours, and partly the way the plants are loved by butterflies and birds and bees of various sorts.

Here’s a little coneflower botany; there are three types of plants that are referred to as coneflowers—Echinaceas, Ratibidas, and some of the Rudbeckias. I don’t have any ratibidas at present—having had several Mexican Hat plants expire on me in the past (or having inadvertently weeded them, mistaking them for something weedy.) We have a host of rudbeckias, including the traditional browneyed Susans, as well as the black coneflower (Rudbeckia 'Black Beauty') and the wonderful ‘Prairie Sun’ Rudbeckia. But most of us, when we say coneflowers, are thinking about Echinaceas, aka the purple coneflowers.

But they aren’t just purple!

The most common garden-grown species of coneflower around here is E. purpurea, the purple coneflower—there are nine species of Echinacea, however, and another popular species is E. angustifolia. But a less utilized and equally attractive plant is E. paradoxa, the yellow coneflower. 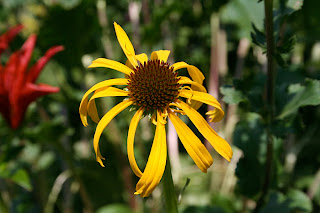 And from the crossing of the purple and the yellow coneflower species (and probably some other interesting genetic hocus pocus) we have recently seen a whole host of new colours in coneflowers—oranges, yellows, melons, golds.
I happen to be very fond of the Big Sky series of coneflowers from Itsaul Plants in Georgia, as I have mentioned before. In the photo at the beginning of this entry, there are three cultivars showing: Sunrise (yellow) Sundown (pink-orange) and Harvest Moon (gold, far right).

After purchasing a second Harvest Moon plant—I discovered my first one, and it’s about to flower. Delicious gold colour, and oh yes, it’s fragrant, too. 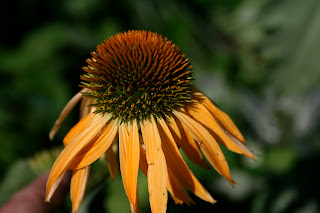 I have both Sunset and Sundown, but I keep mixing them up and forgetting which one is which—and the labels don’t help, because somehow I planted both varieties close together. 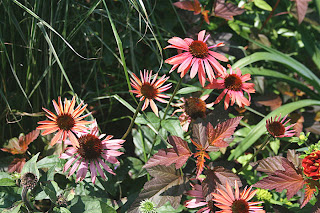 Green Envy continues to expand its petals—and change the colour of its central cone—and delight me. There’s another cultivar, ‘Jade’, which is called green but is really white with a greenish tinge—or so I’m told. Ours isn’t flowering just yet, but its buds are expanding. 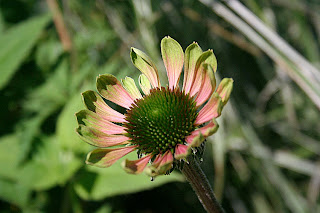 Sometimes it’s best to buy a plant in bloom so that you can see if it really is what you want. Take Razzamatazz, called the first truly double purple coneflower. This particular plant is just starting to really double, but I like it a lot. 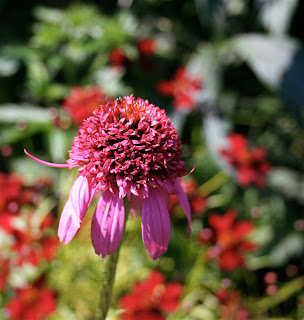 Then there’s ‘Double Decker’ or ‘Doppelganger’—which doesn’t always grow its moptop the first year. Some say it takes a year or two—others say that they don’t always do the moptop routine. Mine certainly is! 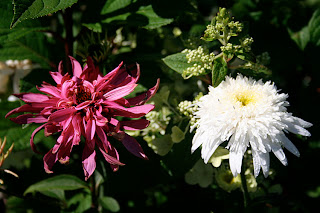 When I spied this gorgeous Shasta daisy, Ice Star, at a local nursery, I had to have it—when the flowers are fully out, they look like a double white version of Razzamatazz, so I thought it would be fun to plant it beside ‘Double Decker’ and see how they worked. Don’t they look wonderful? 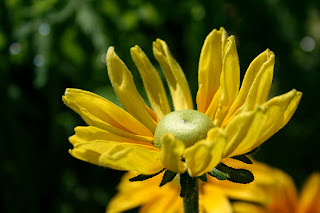 Prairie Sun Rudbeckia has green centres, and again when I saw it in full bloom, I had to have it immediately. I never met a Rudbeckia I didn’t like; even the standard brown eyed Susans with the orangy yellow petals is welcome everywhere in our garden. 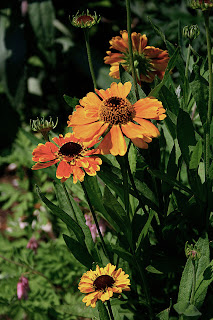 Although Helenium aren’t called coneflowers, they are fantastic plants—usually latesummer blooming, although I have two or three plants of the shorter varieties starting to flower now. I wasn’t sure how to react when I saw them flowering—seems like they’re trying to tell me we’re heading into fall, when I KNOW we aren’t even halfway through summer yet. I’ll just enjoy these and not think about it.

I hope you’ve enjoyed this look at some of our coneflowers and their relatives—none of our white ones are blooming yet, and some of the other E. purpureas are also not in bloom yet, but you can see why we’re cone crazy! 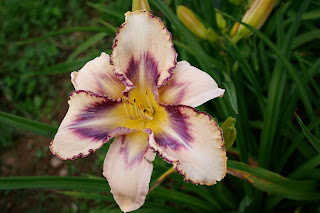 Next time; you’ll be ‘Destined to See’ why I think daylilies are just dandy.