A grief observed--and a life celebrated 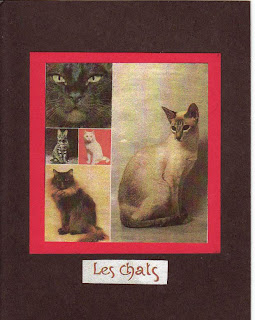 Today’s blog entry was supposed to be awash in colour, as I visited a friend’s rose garden on Wednesday and took enough photos of her yard that you should be able to smell the fragrance from them just as I could while I was there.

…I was working my way through the second section of the Halifax Herald at noontime, ably assisted by Simon Q, who lays on the paper and rolls around purring and looking adoreable. As is my habit, I was casually flicking down through the obituaries when a familiar face caught my eye. Ladny Richmond has died, all too young at age 63, claimed by cancer.

Instant tears. Even now, hours later, my eyes well up at the thought of her being gone. The emotions flashed through me in a flood: incredulity, rage at the unfairness of it all, grievous heartwrenching sorrow for her husband JP, her daughter Jenny, her mother—yes, her mother, well into her eighties and still very vital—her cats, her friends, everyone actually who ever came in contact with this vital, caring woman. And guilt.

Yes. I saw Ladny a couple of months ago, in Wolfville, where she has lived for 25 years. She was with her mother, actually, at a coffee shop we all frequent. She seemed well, upbeat as ever—but even when she was dealing with surgery and chemotherapy a few years ago, she was upbeat. I didn’t know that things had turned for the worse with her disease. More on guilt in a bit, though.

In my life I have met some extraordinary people. Some of them are extraordinary in a quietly effective way. This is Ladny. We met in the early nineties when Wolfville was having its annual festival of cultures celebration. We quickly learned that we shared a love for cats—Ladny was instrumental in founding the Wolfville Area Animal Group, now called We’re All Animal Guardians, a society that helps with health care, adoption and other issues around stray, feral or otherwise abandoned kitties. As a student, I several times got kittens through WAAG—also fostered several, including one feral cat we could not tame (though we did manage to spay and vaccinate her) but who lived outside my flat for years, coming to be fed, but never allowing anyone to touch her. Ladny and JP always had a multitude of cats at their home, and she worked very hard to see that people who needed financial help with spaying, neutering or needling their pets received that help.

We were neighbours on Hillside Avenue for a time, but when I really grew to love and respect this woman was when I found out that she was a palliative care volunteer, something I did for a time before I moved over to the Canning area. Ladny had this quiet strength about her and this generousity of spirit that was genuine right to the last cell in her body; everything she did was about someone else, be it animal person or human person. She actually was the volunteer who visited with my aunt Joyce during her last months as she was dying with cancer, and every year on the date Joyce died, Ladny would call me and ask how my mother (Joyce’s twin) was doing. We would often talk on the phone, usually about cats but also about other things, as she was fascinated with the world around her.

Ladny has lived life always in according with her beliefs and principles. Even when she disagreed with someone, she did it with immense respect, and she held fast to the things she believed in regardless of what others said. I believe (because I know very little about such things) that a lot of that came from her adherence to the teachings and beliefs of both the Quakers and the Buddhists. She was a peaceful person in every sense of the world, a member of the Raging Grannies of Wolfville, and from the time Canada entered the conflict in Afghanistan, she was one of a handful who stood in a silent peace vigil every Saturday morning—not an anti-military vigil but a vigil for peace—that continues to this day.

When I was cleaning my office earlier this week, I found a card that she sent to me for my birthday last December. She knew I’d been having battles with depression, and she had put together a care package—articles about cats and gardening, several packages of seeds, a most wonderful card with cats on it—and one of her gently caring notes, “love from Ladny, JP and Paula”. She drew a little picture of a smiling cat’s face beside those words. I have the card in a frame now, on my wall, as a memory of her always.

I don’t know who wrote her obituary—probably JP and her mother—but they captured her well in a few words:

Ladny will be missed by hundreds of people, dogs, cats, crows, squirrels and others whom she had cared for during her 63 years in this life. She had devoted her last 25 years to the town of Wolfville, the Annapolis Valley, and the Buddhist and Quaker communities, keeping us conscious of the most important aspects of living, and giving selflessly of her large spirit of compassion.

Sunday the memorial service is at Acadia University’s Denton Hall, a place where concerts are usually held. I will be going, of course, and among the many people who will attend, there will be many tears but also laughter and happy memories. While we are all poorer for her passing, we are all richer for having shared even a snippet of this remarkable woman’s life and caring.

This makes three people in the past several months who I have cared about and have lost—and three people who I was always going to get together with for more than a quick conversation. Those nebulous promises don’t materialize, and then they are gone, and we are left behind, berating ourselves that we didn’t make time. There’s the guilt I mentioned earlier. Ladny wouldn’t want me to be guilty, but to learn from this. So I’m learning.

I’m making time now, remembering to take time to spend with those people who matter to me, to do the little things that may not shake the world but that are important nonetheless. And those of you who read this, you too take time—make time—for those in your lives who matter, and don’t put it off til next week or next month or next year. Please.

I have already planted a tree for Ladny—her given name is Lynda, (which I only ever heard her mother call her) so I planted a Linden tree; a tree that isn’t fancy or flamboyant, but is strong and durable and practical. That is—was—Ladny. I don’t have a photo of the tree, so instead, I’ve borrowed a rose from my friend Catherine’s garden that signifies Ladny’s outlook on life.

The rose’s name? “Hope for Humanity.” 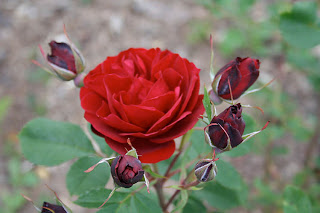 Email ThisBlogThis!Share to TwitterShare to FacebookShare to Pinterest
Labels: cats, not really gardening, rant about life