closeup in the garden

Because i'm up to my ears in deadlines (to say nothing of couchgrass and buttercups in the garden), I'm a bit rushed and don't have a lot of time to update my blog. But I thought a few intriguing photos would be worth a thousand words.... 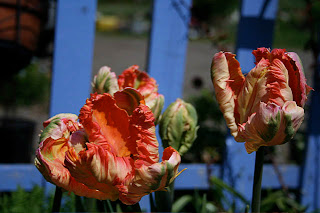 I will plant these tulips faithfully every year, because they are a work of complete and wonderful art in themselves. Meet Apricot Parrot.... 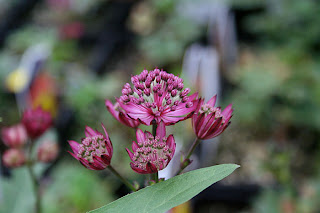 Ruby Wedding Astrantia: a perennial that deserves to be more popular than it is, as you can see by contemplating the intricacies of its lovely flowers. 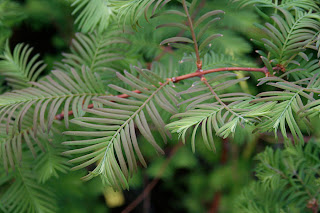 One of my favourite trees is the dawn redwood, with the deliciously cumbersome botanical name Metasequoia glyptostroboides. This is a deciduous conifer like larch (Larix laricina) and an ancient, intriguing tree. Thought to be extinct when first described from fossil records in 1941, live specimens were found in China that same year. It's becoming more popular as an ornamental tree. Mine is small, but growing. 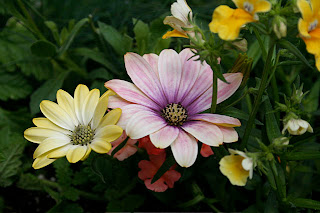 Someday, perhaps I'll get to visit Namaqualand, in southeast Africa, during the spring wildflower bloom.
Until such time, I'll celebrate the wonders of African wildflowers by planting some of the hybrids developed from these plants. This is an osteospermum with the well-descriptive name of Pink-Yellow. Or maybe it's Yellow-Pink? 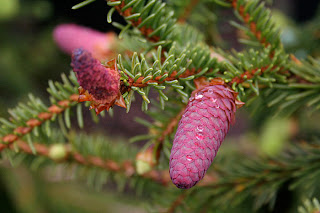 These are the lovely cones of a spruce, Picea glauca Acrocona (Acrocona Norway spurce). I think spruce are another underused and splendid tree, and while I don't have this one--yet--I'm going to go back to Briar Patch to get it. Sooner than later, too. 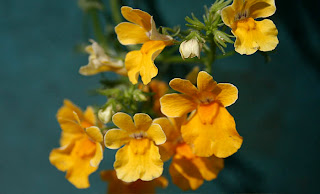 Another nemesia in the Sunsatio series, this is Sunsatio Lemon. Though it's not as lemon-yellow as all that, but I sure like it! 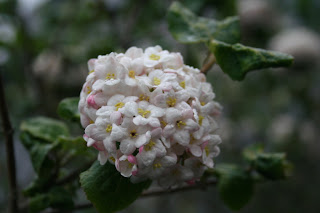 Viburnums turn my horticultural self on--there are lovely native varieties, such as V. trilobum (Highbush cranberry) but I love this fragrant darling, Birkwood. Did you know you can get a five foot tall shrub into a Yaris? And that the car will smell divine during the drive home from Blomidon Nurseries? 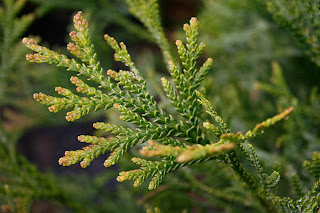 Another unique tree--the Thujopsis, sometimes called False arborvitae. Its foliage has this surreal, almost rubber-like texture. It again doesn't live here--yet--but will shortly.
Back to my deadlines...hopefully I'll get some planter images up over the weekend, but first I'm off to Yarmouth...and assorted nurseries between here and there. Guess the car will be full again....