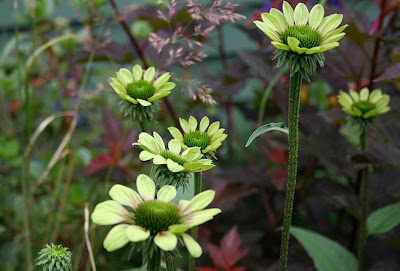 It's no secret that I am completely and utterly besotted with coneflowers of all colours, and that I've been collecting and growing them for the past few years. Pollinators love them, which is a main reason for my collecting so many, but also, they're just glorious plants. Now that spring is well underway, the coneflowers are up, (but aren't yet blooming; these are photos from previous years or, in the case of Tiki Torch and Katie Saul, nursery information) and I've been able to match them to their tags (which I anchored well into the ground in the case of some new ones) and I have some thoughts on a few of them. Plus, oh surprise surprise, a few of them have followed me home already.

To begin with, the pride of my collection, 'Green Envy', has sailed through its second winter and is up and looking decidedly vigourous. Last year, it really took hold and bloomed like gangbusters, and that just made me love it all the more. Not everyone is a fan of green flowers, but I certainly am. 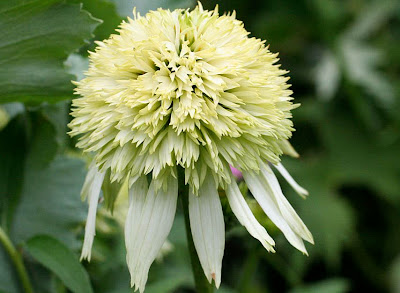 So it's not surprising that I eagerly glommed onto Coconut Lime last year, even though it's a double (which isn't to everyone's tastes) and not AS green as 'Green Envy'. It's come through nicely too; it was a great performer last year, its first year in our garden. 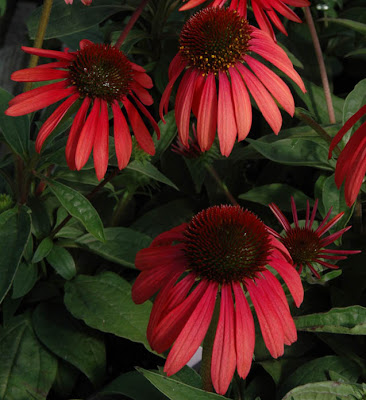 I wrote earlier that I had this already, but on going out to inspect the garden and finding the list of coneflowers I did get, I realized that I didn't have 'Twilight.' Well, I do now. A trip to Rob Baldwin's nursery yesterday fixed that. Rob carries a lot of coneflowers, and planted his own dedicated bed of them last year, and we compared notes on growth and vigour. The plants in gallon pots that he wintered over have come back very vigourously, whereas when they came in last spring as tissue cultured babies, some of them were rather spleeny. But Rob is very good at nurturing plants, whether seedlings or cuttings or plugs brought in, and those he still has are doing fine.

However, we found (to his surprise but not mine) that we had the same mortalities. I was full of hope last year when I got 'Mango Meadowbrite' and 'Orange Meadowbrite' from Rob; by the time I got them they were good sized plants and I figured this time, THIS time, they'd come through the winter.

Nope. Neither one of them. But I took a bit of comfort that Rob's didn't either in his display bed, except for one. Unless they're pining for the fjords and just aren't awake yet. Mine, however, are definitely EX-Meadowbrites. And I shan't try them again. No slight on Chicago, where they were bred, but I think they don't have a taste for my cranky climate. Seems strange doesn't it, but that's the third time at least that I've lost both of them. So I surrender, and add the Meadowbrites to the list of plants that just don't love me. 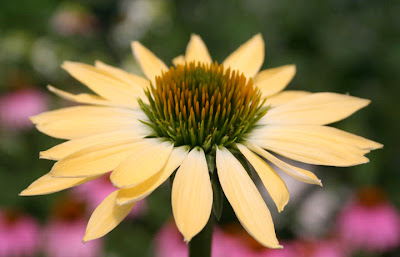 On the other hand, Big Sky 'Sunrise' seems to love it in our garden. And it looks to me like 'Sunset' also sailed through, and 'Harvest Moon' as well. Others have had issues with the Big Sky series, but I think the fact that they're in my 'best drainage bed' has carried them through for me. I love them, so I was glad to see them, and more justified in adding 'Twilight' to the mix. 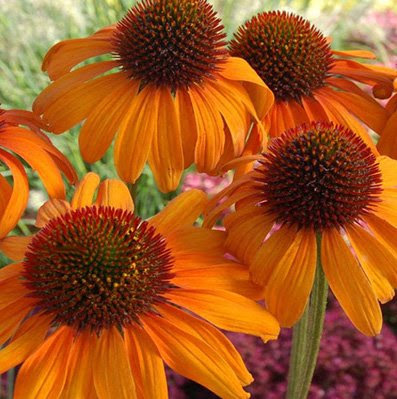 Heh! I'm not saying where I bought 'Tiki Torch', because there were only two at that particular nursery and the owner was keeping the other one. I know others in the province are carrying this as well, and I hope it's going to be a vigourous one; it comes via Terra Nova, who also were the first to give us (through one of their breeders) 'Coconut Lime', and so I'm optimistic. 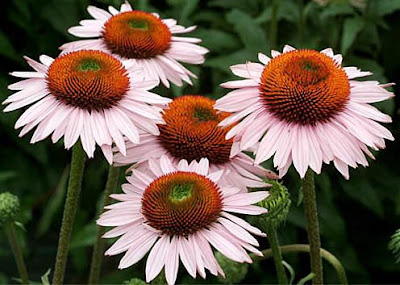 Ahem. I did buy this last year, and I can't remember where the heck I planted it. Nor can I find its label. But 'Hope' is a breast cancer plant, so I decided it would be good to get another one just in case. Now, if there was just one to honour brain cancer patients...but I'm putting in a rose called 'My Hero' to honour those who have fought--and lost--to that terrible disease, too. 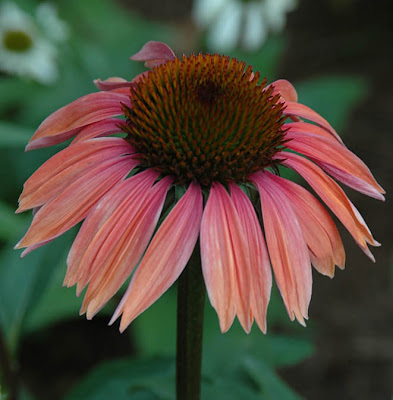 To round out the new arrivals--so far this year, anyway--here is Big Sky's 'Summer Sky', also known as Katie Saul. This is a two-toned coneflower, fragrant, and has been out for several years, but I finally got around to finding it and bringing it home. Somewhere, I read that partial shade will give it the best colour, which is not a problem because everywhere in my yard has a bit of shade at one point in the day or another. Some more than others.

That's it for now. I've not been out to a lot of nurseries yet, but have made it to some of my favourites: Ouestville Perennials, Bunchberry Nurseries, Baldwin's, Cosby's in Liverpool (no website yet), and Glad Gardens in Waterville (also no website). Hopefully soon we'll have a chance to head towards Truro to see some other favourites, as well as make a trip to those between Liverpool and West Pubnico that I didn't get to yet. And to Bayport. And and and...and NOT to places that sell goutweed! But that's a tantrum for another day.