When the weather gets tough, the tough go plant hunting! 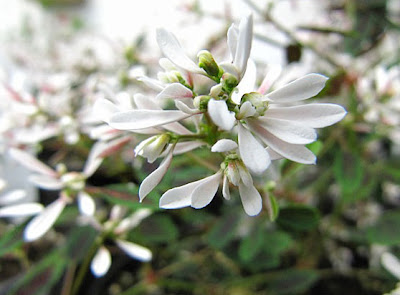 It started out innocently enough, as these things often do. I blame it totally on the weather.

After a highly productive early morning writing plant profiles and finishing up a presentation I'll be doing soon, I thought I might go outside and work. Well. I knew it was windy, but when I went outside and got blown halfway across the yard, I got enormously peeved at the universe. I knew there'd be no working outside, so I got thinking about a wonderful plant I spied a couple of weeks ago at Briar Patch Farm and Nursery in Berwick. It's a new annual euphorbia along the lines of the awesome 'Diamond Frost'; this one has more of a pink tinge and larger flowers, and is called 'Breathless Blush'. I figure the weather has moderated enough that I should go pick it up, along with a few other things, and then I can work in the greenhouse, planting my containers. So I headed off down the highway... 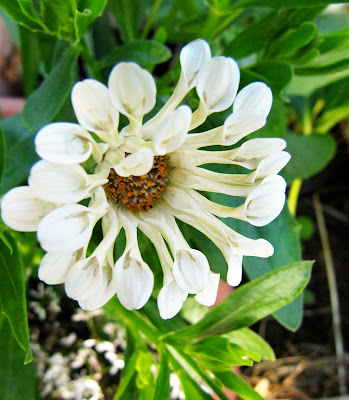 ...but I didn't go to ONLY Briar Patch. I managed to hit four nurseries, two of which have websites: Briar Patch, and denHaan's, down in Middleton. Because you see, I thought I'd go visit denHaan's, see what they have for annuals, then go have tea with my friend Terri at her Telegraph Tea Room in neighbouring Nictaux. 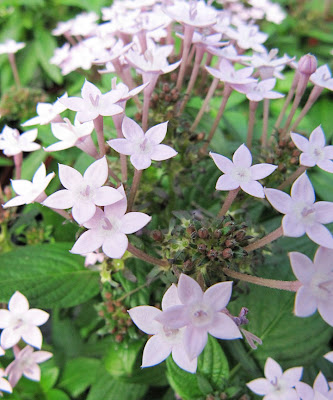 At den Hann's, I managed to have 4 small fall asters, a burgundy flowered sanguisorba, a huge, purple-belled gloxinia for my office, and several annuals follow me out to the car. One of the annuals is this pink Pentas, a great butterfly magnet. 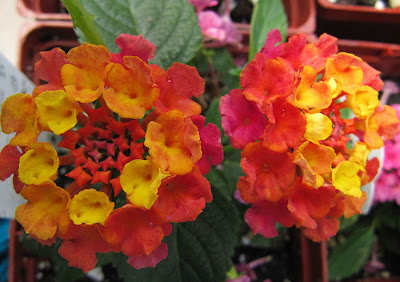 In Centreville, I had to go in to Gerry Frail's nursery (no website) and collect a few other container plants, including the white osteo in the second photo, 'Osteo Soprano Vanilla'. Though I love some of the newer colours of osteos, I always need a white one or two, and I haven't had one of the spoon-petalled types for a while. 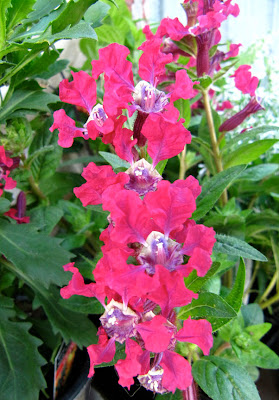 I had this cuphea, called 'Totally Tempted' a couple of years ago. Although it's kind of messy when its flowers finish, I found it a huge hummingbird magnet, so I decided to get another one this year to put in one of the hanging baskets. I picked this up at a small family greenhouse in Aylesford called Marlene's. A miniature astilbe called 'Sprite', which I can't wait to plant, pleaded with me to give it a good home. Well, you know when plants plead with you, you have to comply.

Oh, let's see, what else did I collect? At Briar Patch, a really fine specimen of Amsonia 'Blue Ice'; I have the regular A. tabernaemontana, which has been a tried and true performer for nearly a decade. I did have a 'Blue Ice' a couple of years ago, but...ahem...I forgot where I planted it and I don't know if it went to sleep or if I weeded it thinking it was something else or what happened to it. Have I mentioned that we have a lot of garden beds, and that sometimes things do go astray? 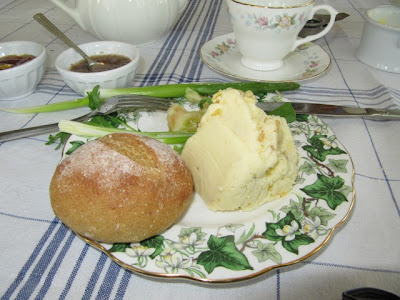 So then I went to Terri's place, the perfect way to wrap up a highly satisfactory break from working. Terri and her husband James moved here from England several years ago, and opened this tea room as part of their new life here. At one time, Terri worked at Heligan and the Eden Project back in the UK, so she's a real plantswoman and a pleasure to talk with. And I'm now hopelessly hooked on what she calls a Ploughman's lunch. I'd read about this for many years, but never had it before. Maybe it was the homemade wholegrain rolls. Or the white Stilton with pears blended into it. Or the delectable chocolate mint herbal tea that I had with it. Or just all of the above, plus good conversation. It was altogether dandy, and much better than sitting home cussing at the wind. I did enough of that when I got back and had to unload everything into the greenhouse!

By the time you read this, I'll be on my way to Bible Hill to give a talk, but first I'll be flying to Antigonish to pick up some plants from Bill and Sharon at The Willow Garden. And then detouring to Lloyd Mapplebeck's Hillendale Perennials to drop off some plants I promised him. Am leaving Longsuffering Spouse at home because...he takes up too much room in the car, and there has to be room for plants.