The Master Gardener from Sweden 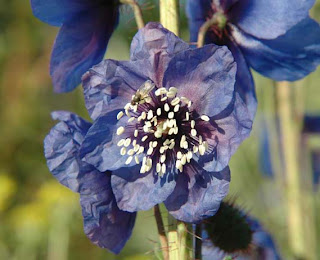 Peter Korn can’t get too much sleep during the gardening months. He puts in fifteen hour days on a regular basis at his garden in Eskilsby, Sweden, about 30 km east of Goteborg. But then, he has a LOT of garden to work in--and is increasing the plantings every year.

Peter has been on tour in North America under sponsorship by the North American Rock Garden Society (NARGS). Because the Nova Scotia Rock Garden club is an affiliate of NARGS, the club could get Peter’s visit to our fair province covered by NARGS sponsorship. A few days ago he spoke to the Atlantic Rhododendron & Horticultural Society in Halifax, where he was also a great hit.

For about 90 minutes this youthful, exhuberant gardening enthusiast showed us slides of his garden, which is only a few years old. His first garden, which he built over a few years at another house, no longer exists, bulldozed by the buyer of that house. But Peter is a philosophical type of gardener, who simply took all his plants (before they were bulldozed) and moved to the home of his new wife. On five acres (2 hectares) of what was “a green wall” of spruce forest, Peter has created a stunning vista of scree, desert, ‘cliffs’, and filled his property with thousands of plants, including many, many alpines from all over the world. 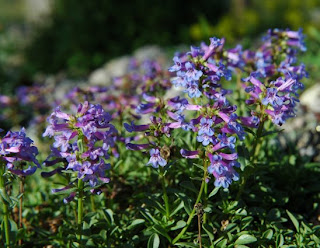 Peter propagates his own plants from seed and cuttings, (several thousand different SPECIES each year) and he’s certainly a patient gardener. He has had seeds that have taken years to germinate; I guess those of us who get impatient when something hasn’t germinated after a few weeks have a lot to learn about just relaxing and letting nature take her course.

His brother is a cyclist and botanist who travels all over the world on his bicycle, and collects seeds which he sends back to Peter. Stellan (I think that's his brother's name--his website is in Swedish, not a language I know any words in) travels with a GPS so when he collects seeds for Peter, he takes a reading so that Peter will know EXACTLY where the plant was growing. 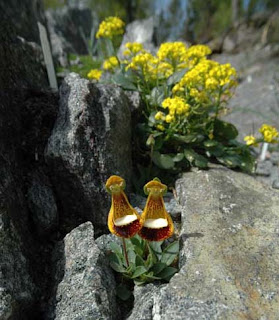 I’ve never seen such a diverse collection of plants; many of the genera are familiar, but species I’d never heard of. The most intriguing thing we learned today is how Peter grows many of these plants in pure, coarse, sand. He piles heaps of coarse sand on top of grassy areas (not removing the sod) and then plants his alpines directly into this (shaking the soil from their pots off before he plants them). He then covers the sand with scree, or gravel, which helps to keep the sand in place. He waters once, and then, that’s it—the plants are on their own. There’s minimal weeding to do because the sand isn’t a desireable germinating medium for many non-alpine plants, and the alpines are provided that perfect drainage that they crave.

Some of his plants don’t live. Peter is philosophical about this; he’ll try again with some, or simply plant something else. That’s a good healthy philosophy to have! 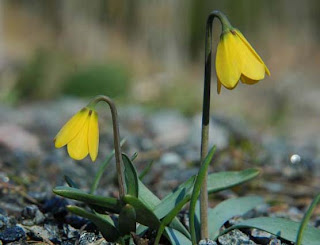 As part of his presentation, Peter brought a small container of the sand he uses in his gardens. Running my fingers through it, I wondered if this is as close as I’ll ever get to Sweden. I hope not. Now that I’ve met Peter and seen his talk (these photos are from his website, with his permission), I need to add another garden to the gardens of the world I’d really LOVE to see.

It wasn’t Austin, to be sure. But it was an enjoyable, illuminating day. And I shan't tell you what followed me home from a department store I went into for cat food. Not another cat, to be sure. Something a little more stationary.