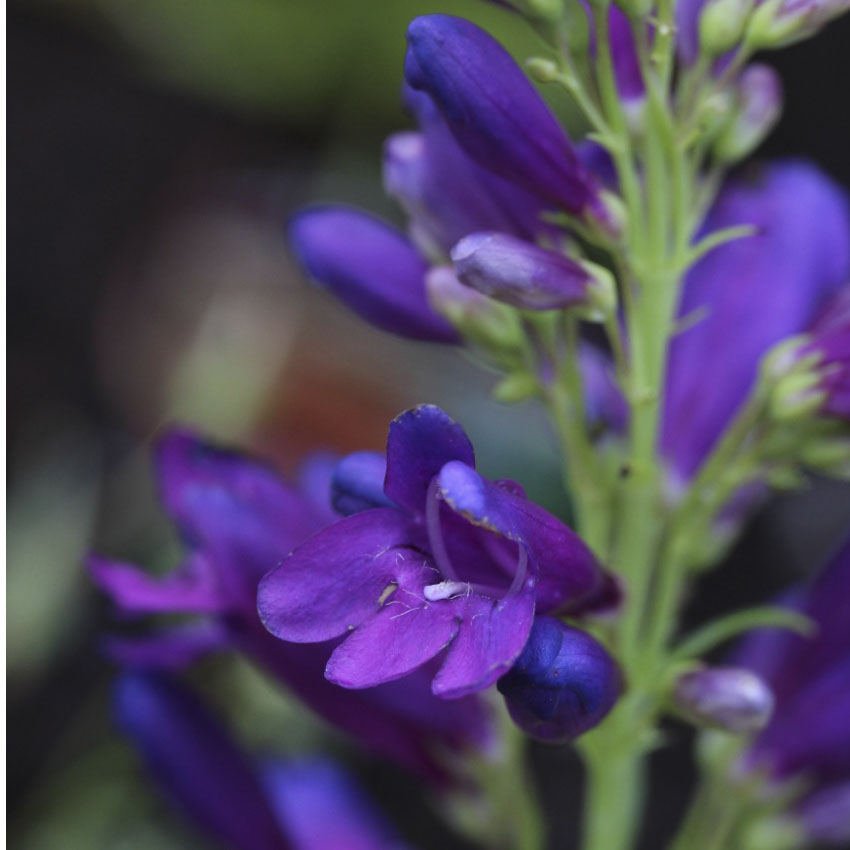 It's been quite a while since I participated in Garden Bloggers Bloom Day, and since I have a new plant obsession to talk about, might as well combine the two!

It's always exciting when we as gardeners discover some aspect of gardening, or some particular type of plant, that we hadn't really gotten excited about in the past. One of those for me is the genus Penstemon.
Formerly, this genus was in the Scrofulariaceae family, the figwort family, which includes Verbascum (mulleins), Buddleia (butterfly bush) and Diascia. But DNA typing has reclassified penstemons as well as relatives Digitalis, (foxgloves) Chelone (Turtlehead) and Veronica and Veronicastrum to the Plantaginaceae, or plantain family. Isn't that fun? 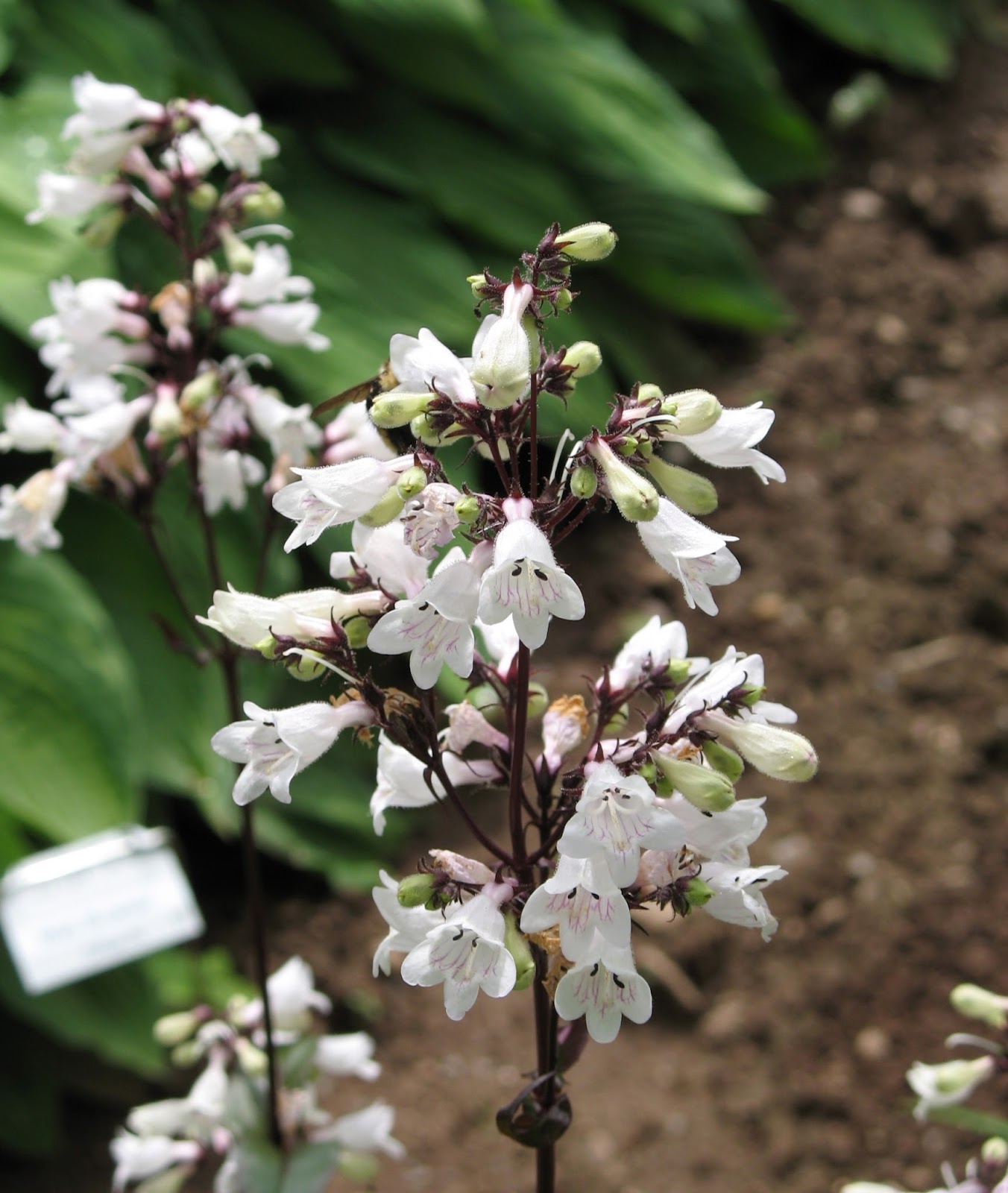 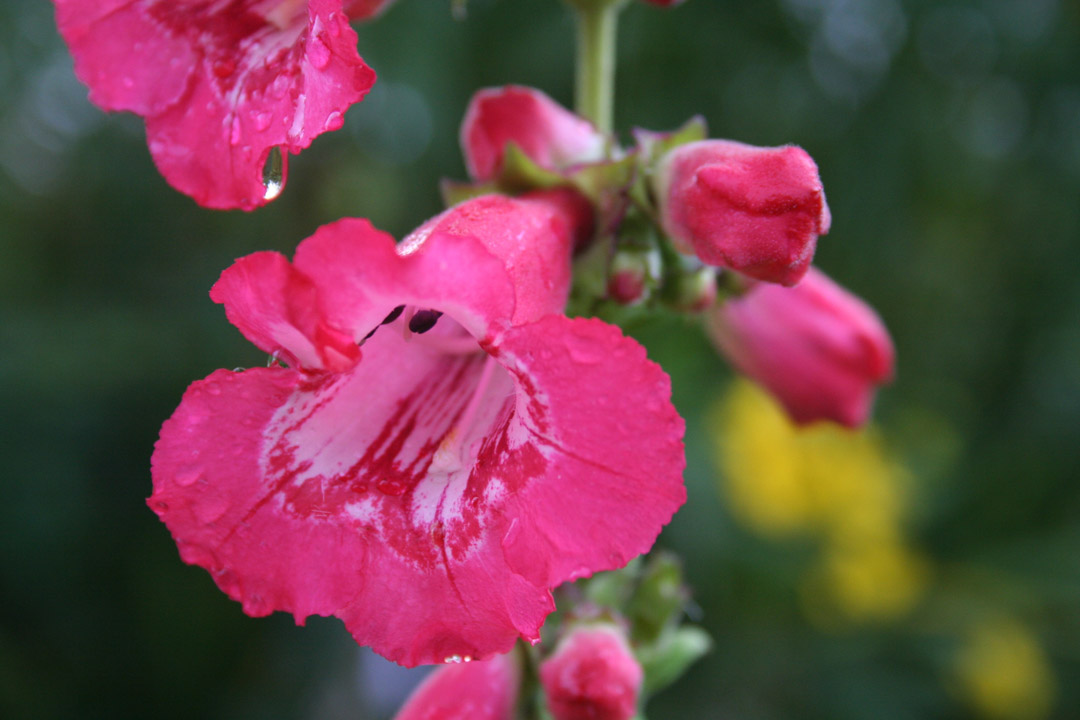 Then one year I bought this annual species (I have no idea now what species it was) and was fascinated by how the bees and hummingbirds responded to it. Maybe, I thought, I should give them another chance. On a whim one year, I bought a couple of hairy penstemons (P. hirsutis) at the Native Plant Sale at the Harriet Irving Botanical Gardens here in Wolfville. They not only survived in my rock garden, they prospered. 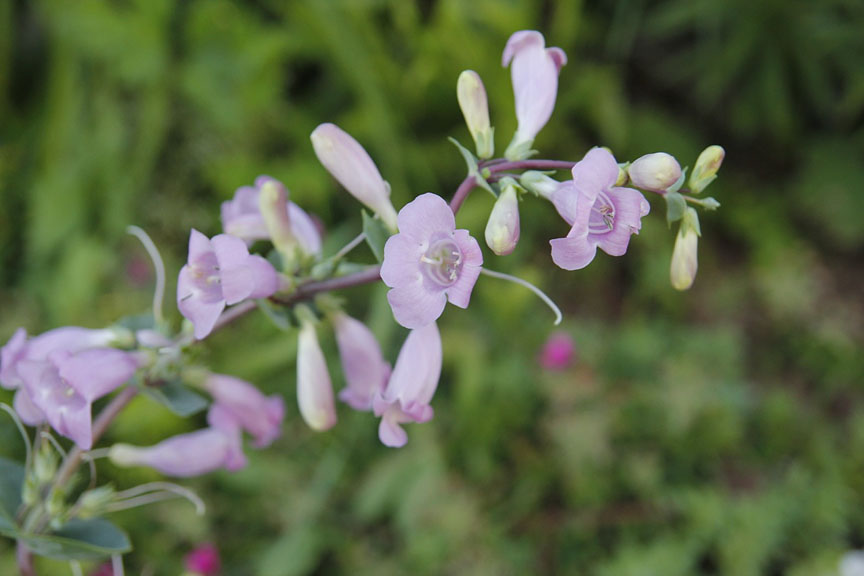 Encouraged by my success with hairy penstemon, I bought one from the 'War Axe' series and had it do very well for me, again by giving it very good drainage. Then last summer, after the move to my new garden, I had to start again. I discovered a series called Riding Hood, and now I have three of those: Red, Purple, and Hot Pink Riding Hoods. 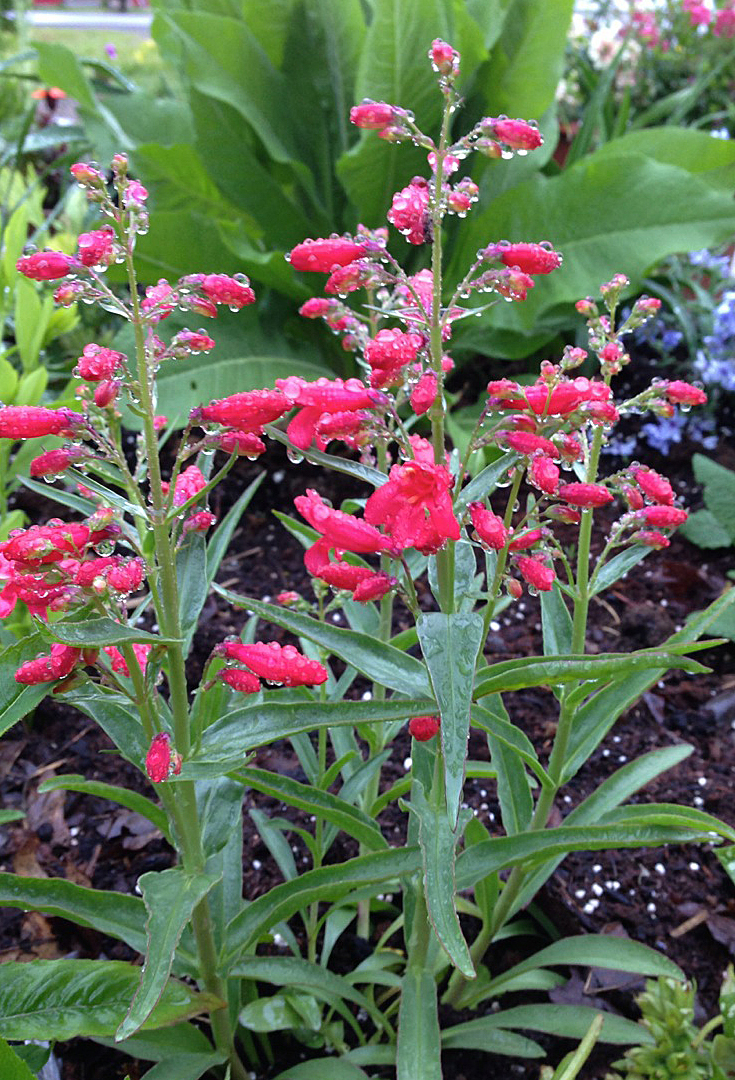 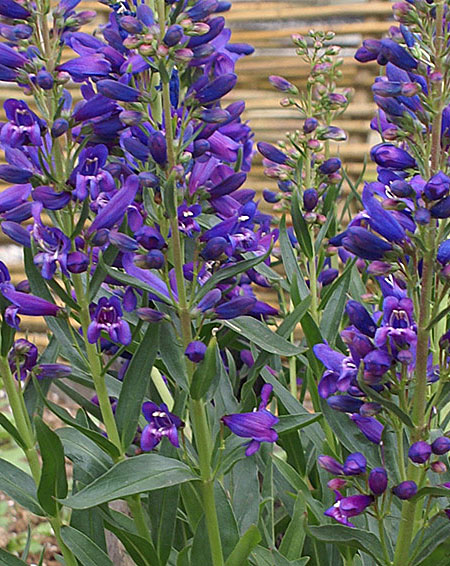 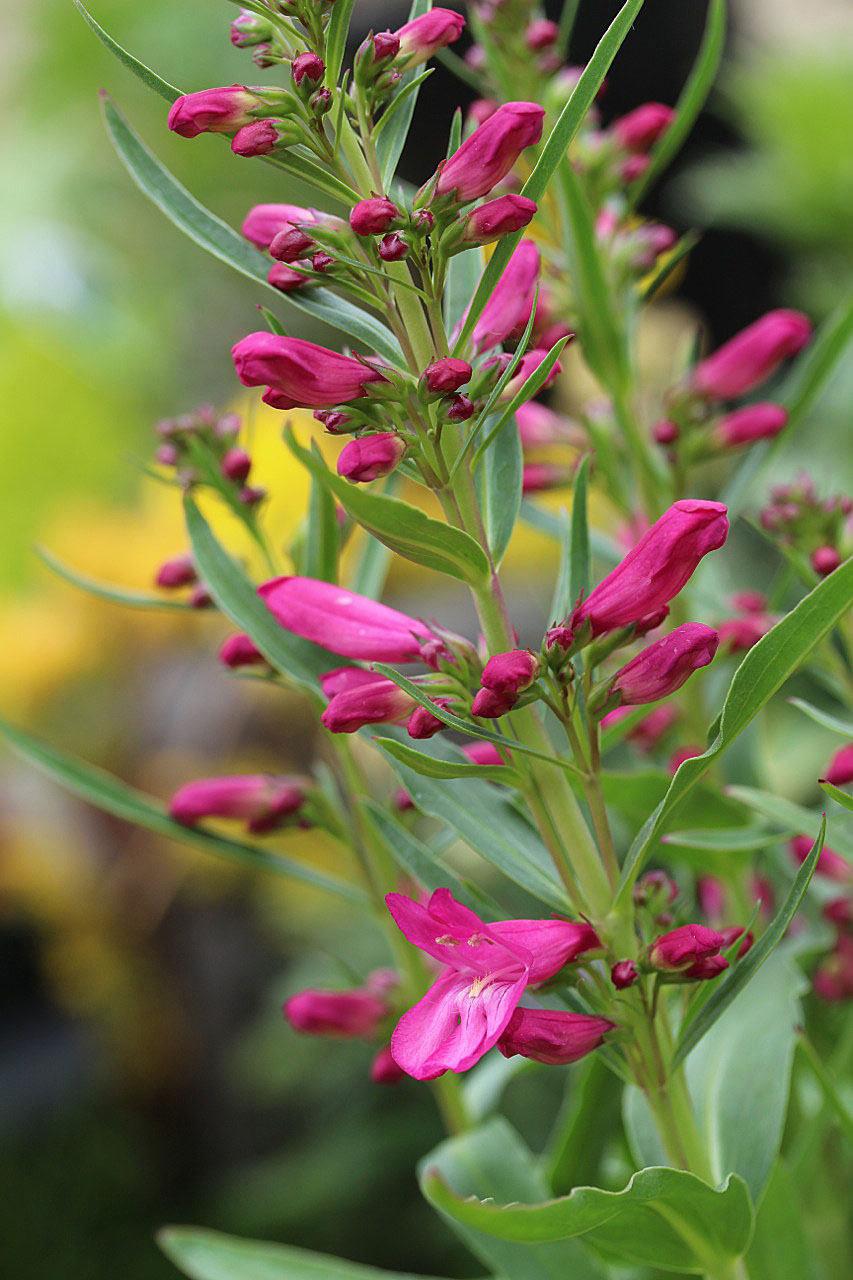 You see where this is going, don't you? Into another deep fascination! I'm okay with that. These plants have a long blooming period, and give them good drainage and decent soil, and they do really well. 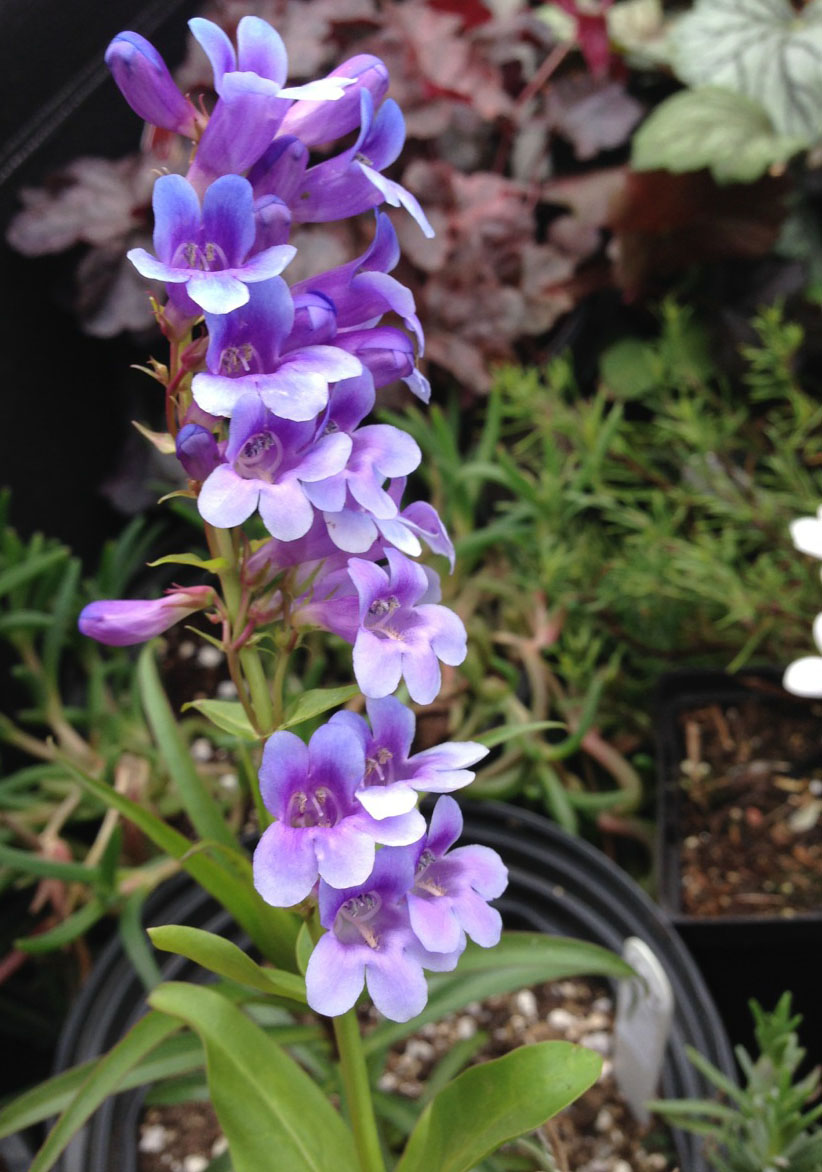 I have made the acquaintance of several new species and cultivars so far this spring, including the beautiful Wasatch beardtongue, P. cyananthus... 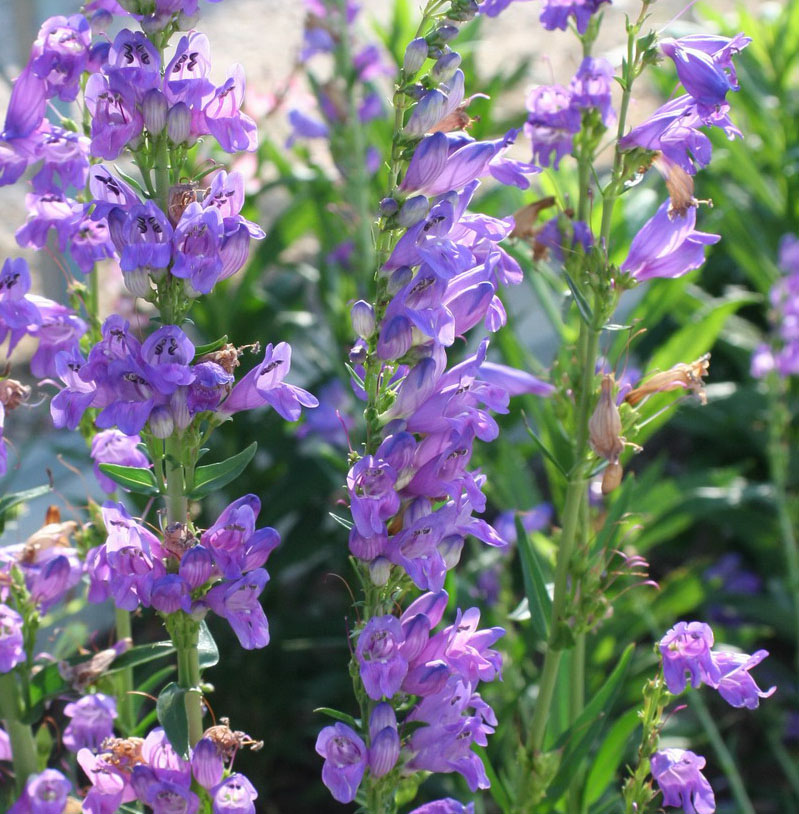 And somewhat similar in hues is P. strictus, the Rocky Mountain penstemon... 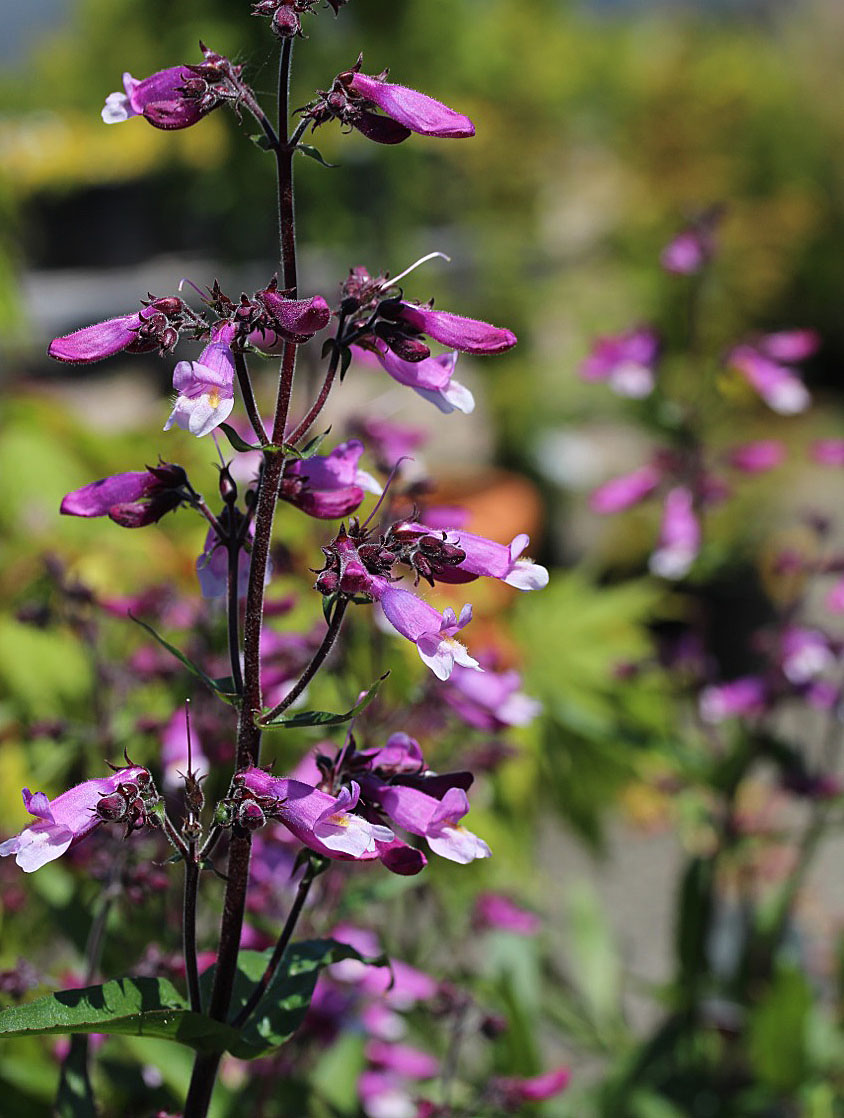 This relative of P. hirsutis, 'Prairie Twilight', has larger flowers on taller, stronger stems. Hummingbirds are really enjoying it and I'm really enjoying watching them! 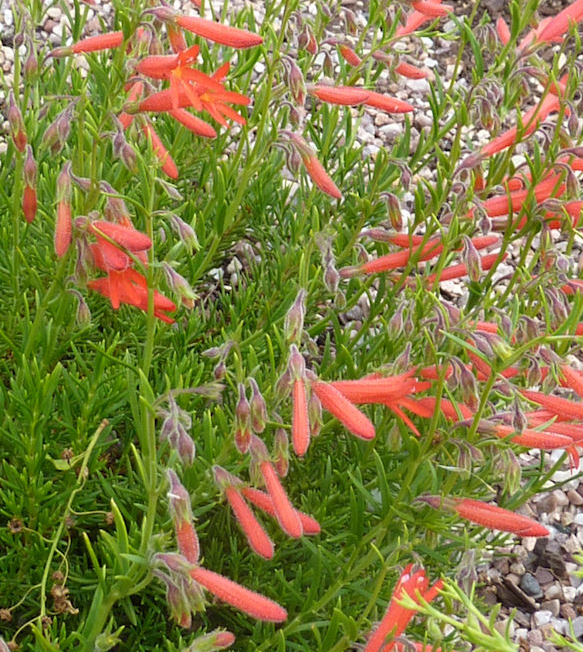 This one isn't blooming yet for me (and I forget where I found this photo), but I'm looking forward to it because it's a different colour shade from the others--P. pinifolius, the pineneedle penstemon. Unusual foliage, orange-red flowers.

So that's my story on penstemons so far...I might even give 'Husker Red' another try, now that I have more agreeable growing conditions. I like the reddish foliage of it, so it might as well join the rest of the collection. And who knows what else I'll find in my travels?