Seeing rather than looking: a weekend miscellany 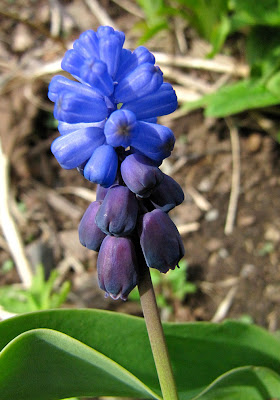 A few highly productive but also very busy days around here. The weather, as I mentioned last post, has smartened up significantly, leading me to get up early, write/work like a demon til lunch or early afternoon, then go outside to tackle the garden. Just on Friday, I wrote over 2500 words for assorted projects, including, of course, The Book, which seems to be coming along well. 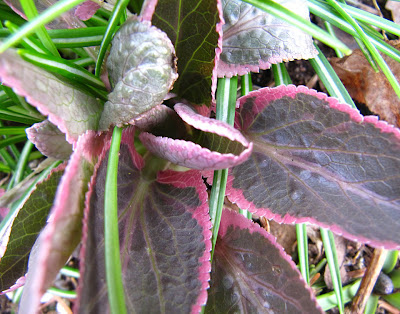 Likewise, the garden is coming along well. It's actually leaping ahead at an amazing rate, sort of worrying because I wonder if everything is going to be early and thus done early. But on the other hand, I've been enjoying welcoming the arrivals of plants that I had thought might be spleeny. And I do greet the discovery that they've made it through the winter with great joy. "Welcome BACK, Anemone 'Vestal.' Nice to see you again, Echinacea 'Coconut Lime'. Hurray, you've made it through, Eryngium 'Jade Frost' (above photo)." And so on. 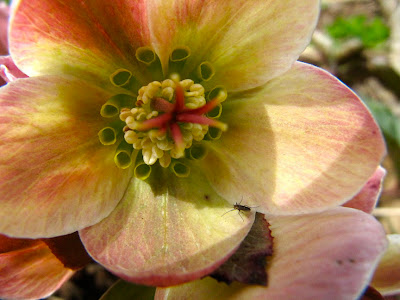 I love going outside to take photos with my small digital Canon, which has an interesting macro feature and sees things that I didn't notice. I might be fixating on the myriad shades of colour in the hellebore petals (actually sepals, but we won't quibble) and fail to notice the wee insect making its way toward the flower's centre, perhaps to pollinate. 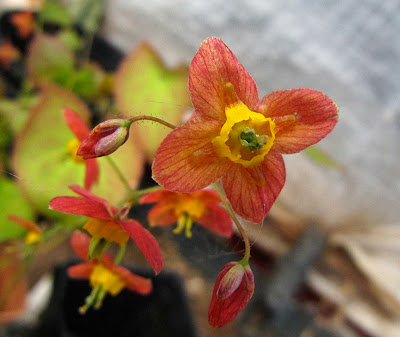 Along with writing The Book, I'm providing the photos for it, and have been taking extra shots in case images I have from other years aren't enough. The most frustrating flower to photograph has been this Orange Konigin epimedium, because each flower is so small, they open at different times on each stalk of blossoms, and they're just not cooperating. It wasn't until I was looking at these images blown up that I noticed the wee hairs on each flower's stipe. Also the cat hair and/or spider web festooning this plant, courtesy of the two elderly cats who do go outside and who like to help me in the garden. 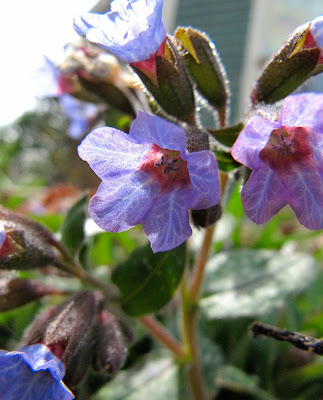 Love the venation in these pulmonaria blooms. Of course, I've mentioned my love of pulmonarias before, and will again. They're just so wonderful, and pollinators adore them too. Given that I was talking about pollinators to a group of gardeners in Dartmouth on Saturday, it's small wonder that I have them on my mind. 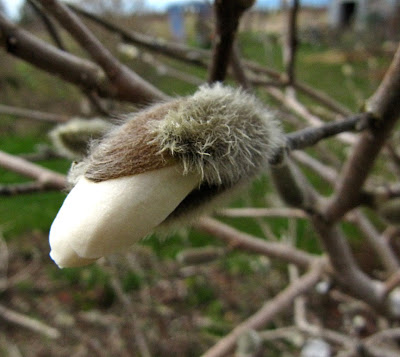 Magnolias are in bloom in other parts of Nova Scotia, and some report frost damage from the cold nights we had a few days back. Only a few of my flowers are beginning to show on the stellata, and most are still nestled inside their protective bud covers (the proper name of which completely escapes me tonight.) 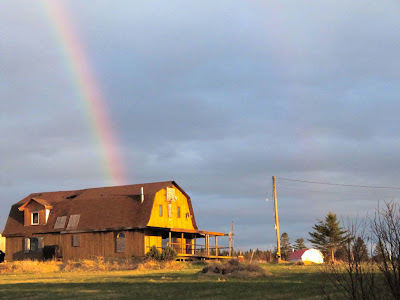 This seems to be the week of rainbows, too. Thursday evening's was nice, but Saturday evening we were given the present of a double rainbow over my neighbour's old house. After taking some photos, I sat out behind our place and just let the intermittent rain spatter on me while I watched the rainbows, which went on for probably twenty minutes. 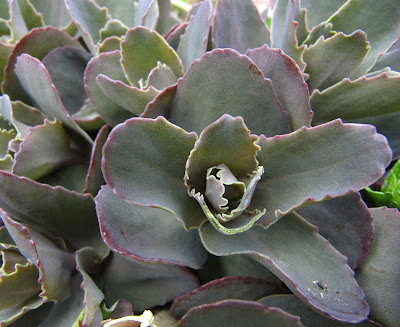 And I was thinking to myself as I looked at this sedum emerging from its winter sleep, how much I like the look of some perennials as they push through the ground. I almost wish this one (which is one of the taller varieties, possibly 'Matrona') would stay small and tidy and lovely. Almost. 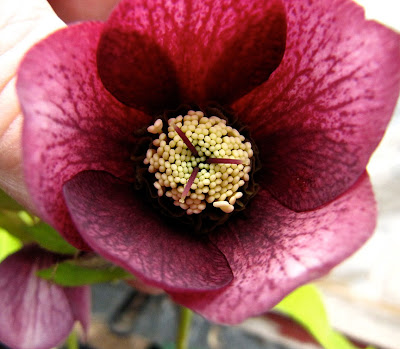 Something about the geometric beauty of this hellebore's flower, surrounded by the rosy sepals, really, really pleased me. So did the condition of the soil in the lower garden where the hellebores are and where I was weeding the past couple of days. It's turned black, rich and friable from all the compost I've added to it over the years since I first took on the challenge to deal with what was red clumpy clay. So it can be done, friends. It really can. The dedicated work we do, whether in the garden or on other projects, really does pay off.

So, what has come back in your garden that you've been really pleased about? What has seemingly gone to sleep, never to awaken again?