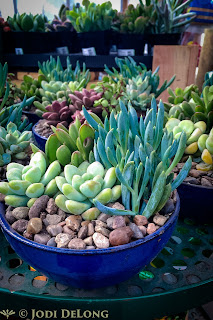 It's been close to 40 years since I first fell for succulents in a big way. Probably the first one I ever saw would have been the common but beloved Jade tree, Crassula argentea, although I cannot be sure of this. I know I was smitten with them when I was in my first year at the Agricultural College, and that smitten-ness has never waned. Back then, there were a number of succulents including several massive jade trees growing in one of the greenhouses, and I learned how to propagate these easy, colourful and rewarding plants for myself. 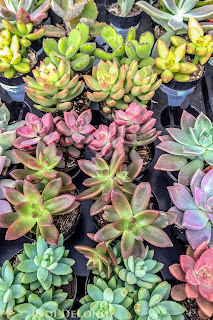 I remember the challenges I had finding a lot of different types in stores, and the challenge of finding just the right container to make a 'dish garden' of succulents and cacti. It was also a challenge to grow these plants in a dorm room, but since I usually had dozens of plants in my room, I persevered. Some died. Some prospered.

Flash forward to today, and the popularity of succulents has come surging back in recent years. There are so many genera, and species, and varieties, so many colours and textures and forms...they're hard to resist! Or so I tell myself as I look around my house, where dozens of plants are waiting for warm weather so they can bask outside for a few months. 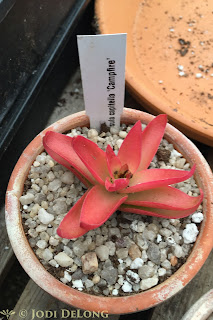 Here's an example of some of the great colours--succulents aren't 'just' green! This is related to the faithful jade tree, a different species, cultivar 'Campfire'. Look at that colour... 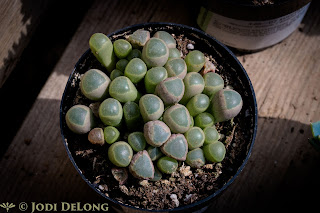 The big secret to growing succulents well? Plant them in a well-draining medium (extra perlite or coarse sand is helpful) and don't plant them too deeply. Most importantly: Do not overwater them. They contain moisture in their leaves and related structures, and if they get too much water, they will rot and collapse, and that will make you sad. I tend to water mine about once a month in winter, and they do very well for me. This is Fenestraria, also known as babytoes, which is one of the odder looking species. 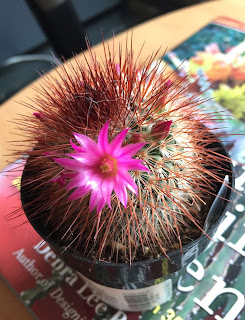 I also love cacti, although I don't have nearly as many as I do succulents. All cacti are succulents, but not all succulents are cacti--the term 'succulent' refers to any plant with the ability to store water in specialized tissues for long periods of time. And although you may think of succulents and cacti as being plants of deserts and other hot, dry areas, the truth is there are species found in many different climates, and numerous species that are hardy to Atlantic Canada. I have an opuntia (prickly pear) cactus that is hardy here, and numerous sedum and sempervivum varieties grow outside in my gardens. But I find the more exotic and tender species more alluring, which is why I have a houseful of them. 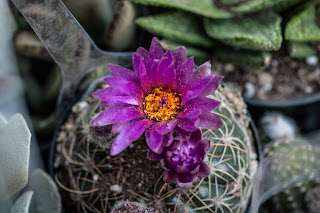 Several of my cacti are flowering at the moment, which pleases me greatly. What does NOT please me, however, is the penchant that some succulent growers have for gluing strawflowers onto their cacti to make it look like they are flowering. Then there are the dyed ones, but that's just so appalling I can't even rant about it. 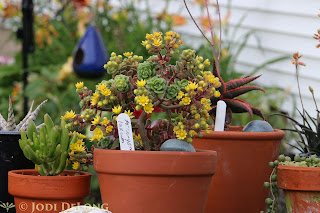 The yellow-flowered succulent in the clay pot (photographed last year) is a Aichryson laxum, tree of love. Apparently, this plant is a biennial and dies after flowering unless deadheaded. The plant I have has not got that memo, because it has never stopped flowering since last summer, and today I trimmed all the scraggly flowers off it and put it outside for a few hours to wash it off and rejuvenate it. 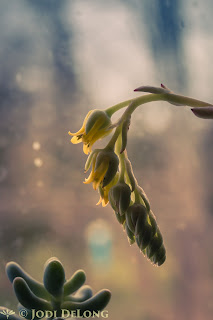 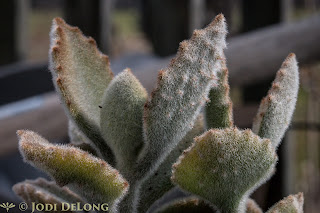 This is Kalanchoe tomentosa, also known as the panda plant, which is one of those succulents I've known and loved forever. I try to keep it far away from my cats, or else it will become the cat-hair-panda-plant! 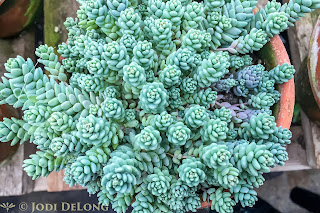 One of the many charms that succulents hold for me is their patterning. They grow in spirals, called Fibonacci spirals or the golden spiral, due to some mathematical stuff that makes my head hurt, so I just say they grow in spirals and aren't they awesome? Other plants exhibit this as well--think of the seeds in a sunflower, or the cones of evergreens, the petal arrangement of a double rose, and so on. They please me--maybe if someone had pointed this out to me when trying to drill math and geometry into my head, I would have done better at it! 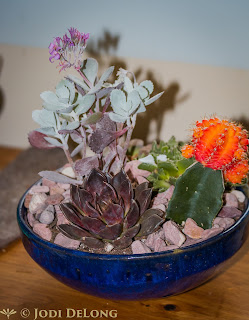 It has been many years since I've had a grafted cactus (the orange and green one on the right of the photo. I succumbed to one a couple of weeks ago in part for use in my talks on succulent container gardening at Saltscapes Expo, and I'll use it at other talks coming up at Bloom and Scotian Gold. The colourful cactus on top is a Gymnocalycium, commonly called a Moon Cactus, and can be red, yellow, or orange like mine. The bottom is usually a section of Hylocereus, one of the less spiny, night-blooming cactus. It is vital not to overwater these plants, and to remember that if the top dies, it will NOT grow back, as with any grafted plant. 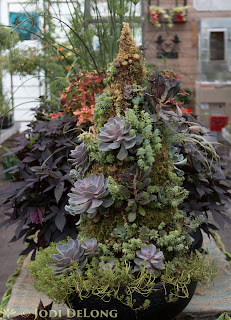 This tree of succulents is on display in the greenhouse at my friend Alice's Ouest-ville Perennials, and is made up of a number of different succulents, planted into moss wired around an inverted tomato cage. I love it, although it has to be freshened up in the spring as the large echeveria rosettes can get straggly looking over winter. 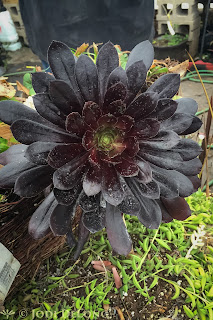 About the only problem I sometimes have with my succulents is some aphids, but they are easily enough controlled with some insecticidal soap or a good bath of cool water over the plant (then making sure it is well drained and dries back out quickly. In the winter, some of them get stretched looking but I move them from window to window to make sure they all get plenty of light, and that gets them through. Another couple of weeks and I will move them outside, and put them on a wire shelf unit with no saucers under their pots, so that if it does rain, they drain out quickly. And I'll be dividing some of them to share with fellow succulent fans!

What about you? Do you have a fondness for succulents?