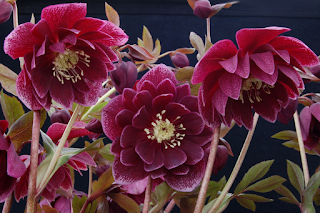 We are only a few days away from our 12th annual Saltscapes East Coast Expo, so it's really, really busy in my world. More on the Expo later.
However, I had to catch up with a blog post both to tell you that and to tell you about my column in the Local Xpress.
Here's the thing. I don't belong to a union, never did and never will. However--I support the journalists who are out on strike at the 'paper of record' in Nova Scotia (which I will not name nor link to, but I have written a column there for many years). As long as my friends and colleagues are out on strike, I am withholding writing for the paper. I did, however, offer to provide columns to the web-based paper the journalists have formed, the Local Xpress, for the duration of the work stoppage.
Now, I am tremendously busy, and gardening season is begun, so I don't know how often I will be able to do these columns. But the first one is up today and I wanted to include hotlinks to the nurseries involved in the first story, plus more photos. I've decided to link to their Facebook pages because they're all on there, and some don't have regular websites anymore.

The photo above is of hellebores, and one of the best selections you'll find anywhere is at Briar Patch Farm and Nursery in Berwick. 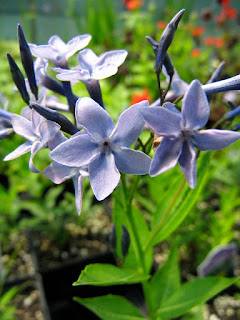 Arkansas bluestar (Amsonia) was perennial of the year a few years back, and rightly so. This is 'Blue Ice', a cultivar of amsonia that looks fabulous in mass plantings, with its pale blue, starry flowers. It's a favourite at Oceanview Home & Garden in Chester. 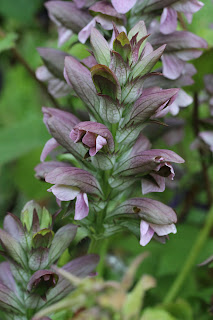 I acquired a very fine plant of Bear's Breeches last year from a private collector, and when my friends from Ouest-ville Perennials in West Pubnico saw it they had to add it to their nursery offerings. 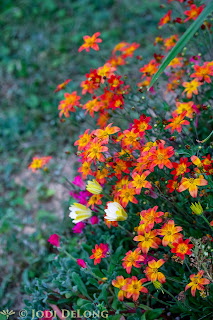 I've shared my enthusiasm for Bidens 'Fireburst' in the past, and I'm very pleased that several nurseries have it this year, including Bloom Greenhouse and Garden Centre in Hammonds Plains. 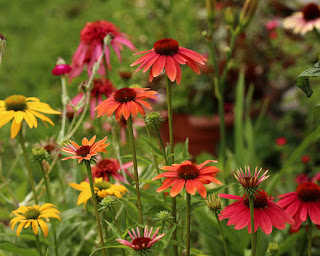 It's also very well known that I adore echinaceas, and many nursery operators share that enthusiasm, too. One of those is Lloyd Mapplebeck at Hillendale Perennials in Truro, who thinks that the All Americas Selection 'Cheyenne Spirit' is simply fantastic. All the flowers in the above photo, except the double in the background, are from several plants of this echinacea. You can see why it's a winner in our books! 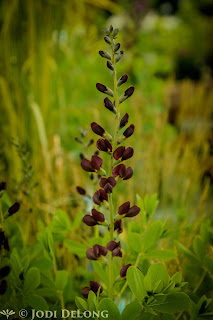 Several of the nursery owners are excited about baptisias, and I love their gorgeous, elegant flowers and foliage so this is just a gratuitous chance to share another image of Baptisia 'Dutch Chocolate'. 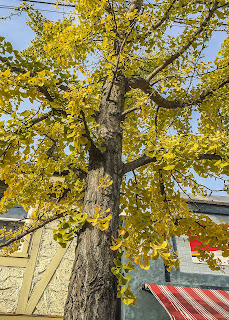 Here's a unique, hardy and beautiful tree that we're seeing in more streetscapes as well as gardens. Ginkgo is an ancient species and a gorgeous one, with elegant foliage that turns butter yellow in fall. It's a favourite and new-to-Scotia Gold Country Garden in Coldbrook. 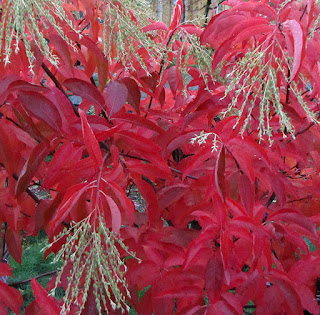 Oxydendron, also known as sourwood tree, is native to eastern North America and related to rhododendrons, pieris, and blueberries. It has cascades of lily of the valley-like white flowers in summer, then its foliage turns incandescent in the fall. It's no wonder that Jill at Bunchberry Nurseries  in Upper Clements is enthusiastic about it. 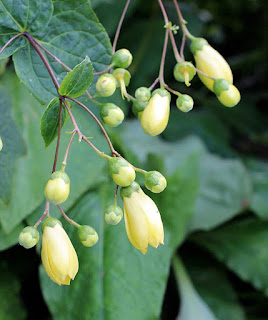 Yellow Waxy-bell is a gorgeous and late-blooming perennial, with soft yellow, nodding flowers. It likes a little shade and good moisture, and does well in my garden--and now is available at Baldwin Nurseries in Falmouth. 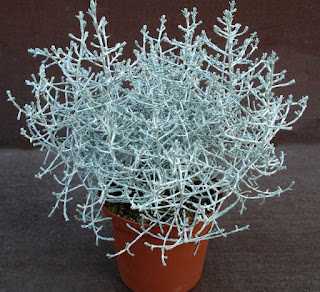 This is a unique and very attractive annual called Silver Sand, (Calocephalus), which I first saw at Glad Gardens in Waterville some years back. Daina was not able to source seed for a few years but has it again now. Glad Gardens reopens for the season this Thursday, but I'm going to get my plant tomorrow...because I need it for this weekend! 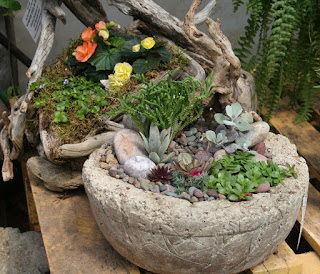 Daina at Glad Gardens and I share a deep and abiding love for succulents and cacti, especially in container plantings. One of the talks I'm doing this weekend is about gardening with succulents in containers, so I'll be toting a variety of plants with me to Halifax Exhibition Centre to show to others. I'm really pleased to let you know that there will also be gardening talks by Cathy of Bloom Greenhouse, Allan Banks of Harbour Breezes Daylilies and Japanese Irises, and Carol Goodwin of Beneath the Boughs Woodland Plant Nursery and Pottery. Hurray for the gardening season.

One final note: There are many other nurseries in Nova Scotia, but I didn't hear back from several of them, and some of them I just didn't have time to contact before deadline. But hopefully I'll have more to say about those soon.