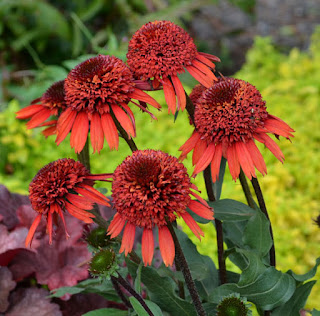 Now that we're finally moved (again, and hopefully for a long while), it's time to make some new gardens so I can plant the new plants that I've seen, and, in some cases, have been coming my way this spring. Some of them are brand new, some are new to this neck of the woods. All of them are charming and I hope they do very, very well. 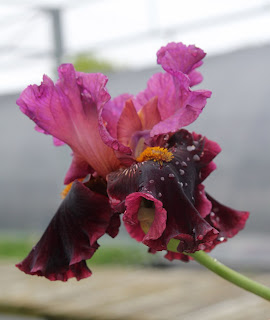 Bearded irises aren't to everyone's taste, but they certainly are striking and elegant. This beauty has the curious name of 'Rip City'. It doesn't rebloom, but has a long bloom period, and is considered a real winner among fanciers. I personally prefer the Siberian and Japanese irises, but I wouldn't refuse this if it landed in my garden. 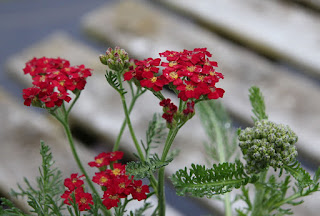 I do love yarrows, and find the secret to success with them is very, very good winter drainage. I plant them with echinaceas, sea holly, and Russian sages, all of which also want great drainage. This variety is 'Desert Eve Red'. 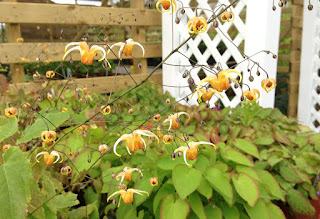 As I said in a talk the other day, if you're not planting epimediums (Mitrewort, Bishop's Cap), I want to know why. They are early to bloom but flower for weeks, with their sprays of dainty flowers, semi-evergreen, groundcovering foliage. 'Amber Queen', shown here, has the biggest flowers of any epimedium I've seen yet. 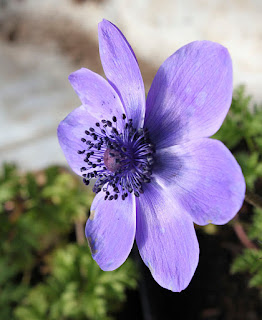 Why some plant breeder would name an anemone 'Blue Poppy', I do NOT know, but this variety of wood anemone is called just that! It's early to bloom, especially in containers at nurseries, and we think it goes dormant in summer heat. It's very pretty, but it sure isn't Meconopsis blue! 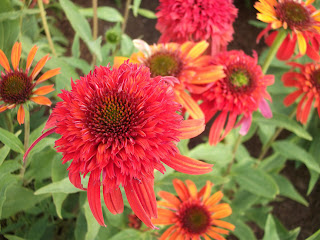 We all know I am besotted with coneflowers, and they do very well for me--or have in my previous garden, anyway, and I see no reason why they won't here, too. I just got my hands on 'Double Scoop Orangeberry' the other day, and I will be strong and cut the flower buds off this, and other new varieties I get, so they will put their energy into developing good root systems and strong crowns of foliage. That's what we have to do with the fancy cultivars, folks, like it or not. A little toughlove now will pay off next year. 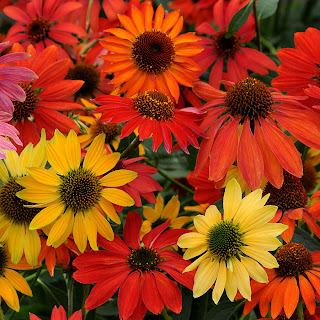 This is an exception to the rule about cutting the flower buds off the first year. This is the AAS winner 'Cheyenne Spirit' echinacea, which apparently throws flowers in a variety of shades, and blooms the first year from seed (if sown early enough in the season, like say January). I bought a plant from a local nursery and we will see how it performs. 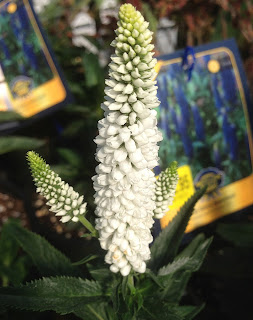 You know how you spy something in a nursery and go charging across the greenhouse to look at it? Sure you do. Don't deny it. I know I'm not the only one. This spike speedwell, Veronica 'First Lady' did that to me on Friday. Stunning white flowers will look very good beside any other flower colour as a contrast. I suspect this will be a great bee plant, like other veronicas are. 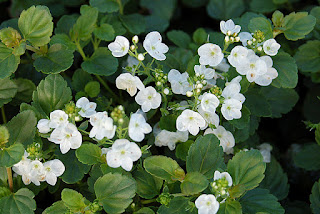 And this is a new creeping speedwell called 'Whitewater'. I don't know yet how vigourous it will be: some of the creeping veronicas are quite exuberant, but I have never found them hard to control. 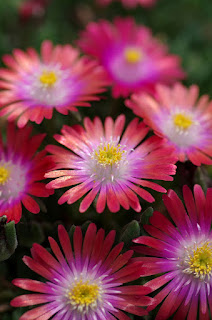 We used to be able to get perennial ice plants in two flower colours: yellow and hot magenta. There are several new lines of Delosperma, with gorgeous new colours. From the Jewels of Desert series, this is 'Garnet'.... 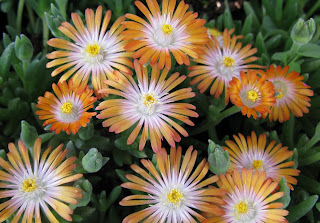 ...and this is 'Topaz'. I'm putting these into trough gardens, and we'll see how they do! 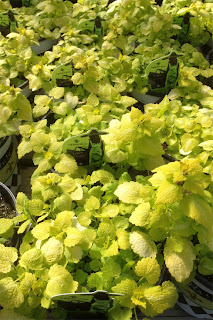 I like lamiums, or deadnettles. They are groundcovers, good for sun to partial shade, have lovely flowers that bees appreciate, and look good in bloom or not. Hort Couture have gotten their hands on this all gold variety, called 'Gold Nuggets'. I think this one probably should have a little more shade than sun. 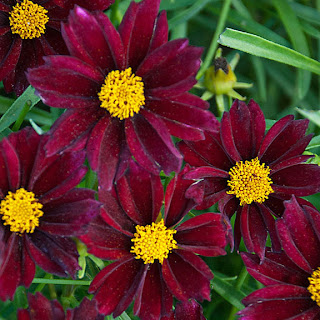 I had to try 'Mercury Rising' coreopsis, because it's from a series called 'Big Bang'. And being a huge nerd/geek and fan of the television show The Big Bang Theory, I just couldn't resist. We'll see how hardy it is, but I'll put it in a well drained spot and it should do fine. 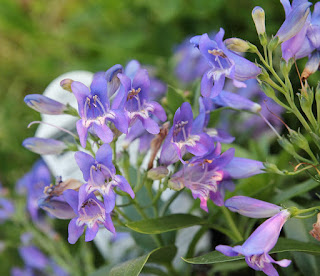 I love penstemons, from the native hairy penstemon to the annual, showy varieties. This is a perennial variety called 'Pina Colada' that I used to have, and was very pleased to find again. Its flowers vary in colour but have shades of blue to purple in them, and it flowers like gangbusters. 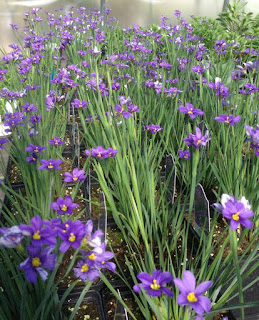 It's always good to learn new things. I have loved the native blue eyed grass (Sisyrinchium) forever--its cheery purple-blue flowers always appear in late spring in pastures and meadows. This is a cultivated variety called 'Lucerne' that is hardy to zone 4, apparently. I've seen containers done with this, but I wonder what it would look like after it finished blooming. 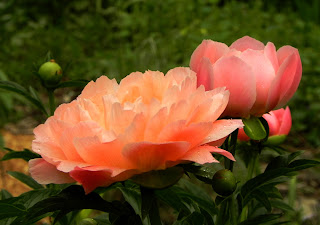 Lastly for today, this isn't a brand new peony, but it was given to me last year and made the move here with me. It's called 'Coral Sunset', and it changes colours from coral through to a soft yellow as the flowers mature. I am a sook for peonies, whether they are herbaceous, tree, or Itoh, so there will be plenty of peonies here...and many other plants, we hope.