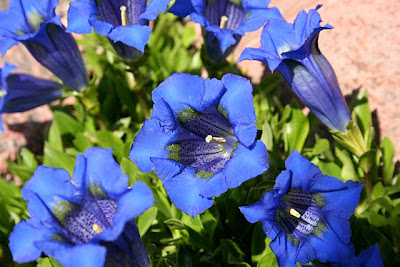 Over the past couple of months I've had several opportunities to drop in to the Rock Garden at my alma mater, the Nova Scotia Agricultural College in Truro. While the weather hasn't always been ideal in this soggy spring/summer, I can't resist taking photos and sharing them with readers. If you're ever in Truro: GO to the AC and visit the Rock Garden. I'm serious. It's fabulous. These gentians bloomed in May. 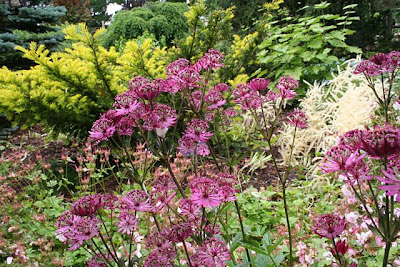 There are other plants besides alpines in the Rock Garden. Some areas are more woodland like, a transition between one part of the garden and another. There are several fine plantings of one of my favourite of perennials, masterwort or Astrantia. 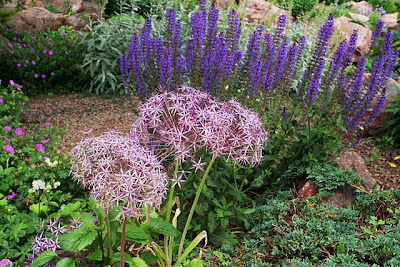 The Star of Persia Alliums were blooming in Truro several weeks back. Mine are just NOW reaching their peak. Even Truro is ahead of Scotts Bay! 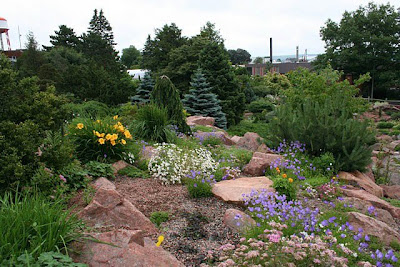 I happen to love conifers, and there are some beautiful examples at the Rock Garden, with more to come. I know there are plans to put in more dwarf conifers, which I think is a fabulous idea. More people need to embrace conifers. 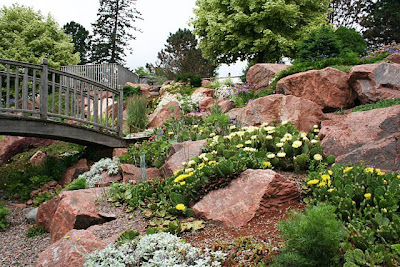 One of the cool features of the Rock Garden is the dry stream bed, and the marvelous collection of cacti (opuntia, or prickly pear) that are planted above it. I caught them in bloom last time I was there, to my huge delight. 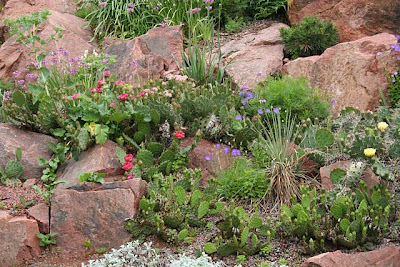 I spent quite a bit of time enjoying the silken beauty of the prickly pear blooms, and still can't decide if I liked the yellow ones best... 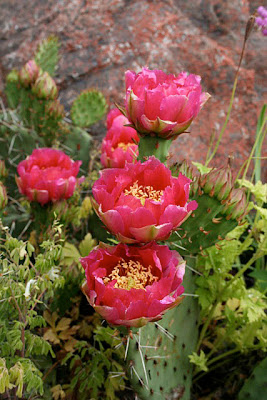 ...Or these fabulous hot pink ones. I think these carried the day, the more I look at them. They're sort of like portulaca blooms with their lush, jewellike colours. 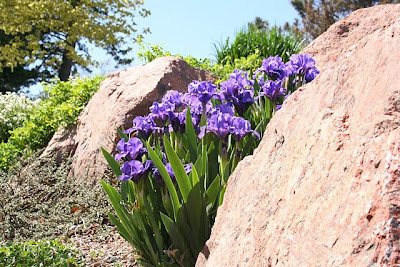 The rock is called Salmon River pink granite, and comes from a local quarry. The Friends of the Garden and the NSAC grounds maintenance people used over 700 tons of rock to create the rock garden. Less than a decade ago, this was nothing but a grassy slope with some mature trees around the edges. 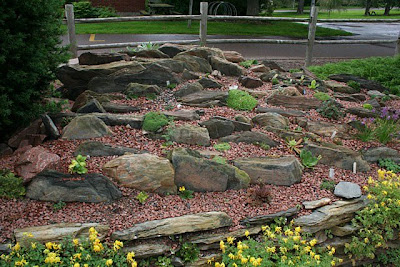 There's always something new being added/enhanced. Two summers ago, when I visited, this bed was being built. Now it's planted and getting well established. 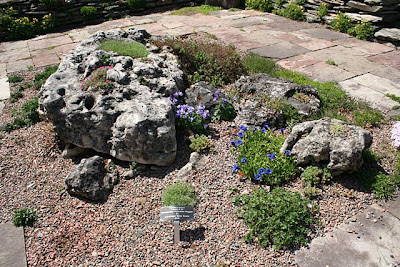 Some purist-types prefer limestone as their ONLY rock of choice for alpine plantings. The limestone chunks in the terrace area were donated to NSAC by Landscape Nova Scotia. 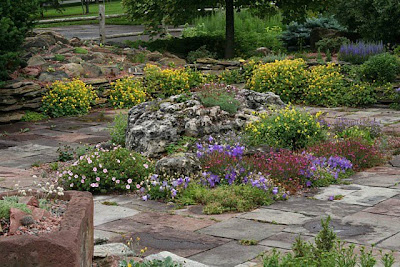 I love the terrace area, with its limestone plantings and sandstone troughs. The troughs were made from stone from a building that was demolished in Truro a few years ago. 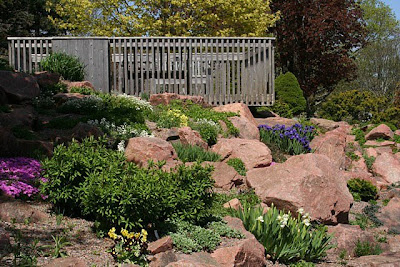 It's fun to visit the garden over a period of weeks or even months and see how things are changing, as some plants flower and go to seed, and others grow up and put on a new show. I probably won't get back there for a few more weeks, but time and weather permitting, I'll be happily wandering around the Rock Garden at AC. And I'm serious, folks: it's well worth a trip to Truro just to see this garden. It's becoming world-class, a beautiful star on the grounds of what is a beautiful campus.