Could I file a complaint, please? And to whom? 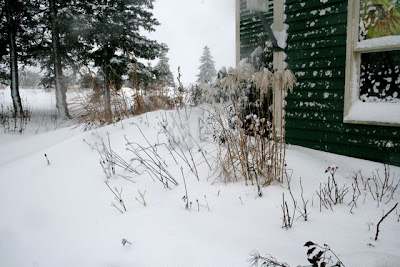 Colour me somewhat irked. Mostly tongue in cheek, but irked none-the-less.
Friday afternoon before my guitar lesson I dashed into New Mindless to pick up a couple of things we were out of. (that's not really its name, but it's the commercial Waste Land of the Valley and you'd have to be crazy to go there some days.) The stores were IN-SANE, and I had no idea why. I mean, it wasn't cheque day for all those on the government dole, I didn't think the next day was Christmas, and I couldn't figure out what was going on. 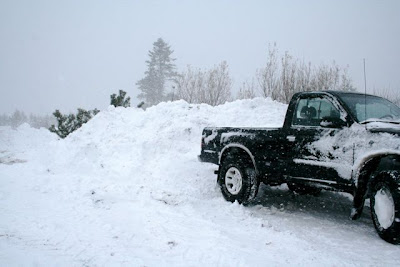 My dear guitar teacher enlightened me when I got to his house. "Haven't you seen the weather channel?" he asked. "It's got the Red Screen of Disaster on it." This, for those who don't have cable, is when the screen turns red to warn of a weather event. It's similar to the Blue Screen of Death that you PC users sometimes get. We on satellite feeds don't get it, and i hadn't had the television on that day anyway. So he then proceeded to tell me we were sleighted to get a dump of snow.
Okay, one thing that often happens in our province is that weather prognosticators often suffer from overhype. I don't consider 4-6 inches a storm. But then I live on the Bay of Fundy where we can amass that much snow in "flurries where winds blow on shore." I did look at the radar and satellite screens when I got back home again, and figured we would, indeed get some snow. The lovely meteorologist on CTV-Atlantic further confirmed that. Okay, fine. I didn't need to go anywhere this weekend. Whatever we got would be manageable, right? 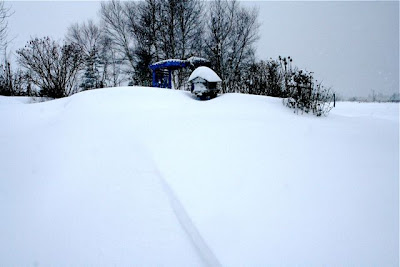 Ummmm. Well, no, not exactly. The snow started here about 2300 Friday evening, or 11 pm for those who think in 12 hour clocks. Next morning, it was still snowing. It stopped in early afternoon for a siesta, though it distributed a few extra flurries where winds blow onshore for us. 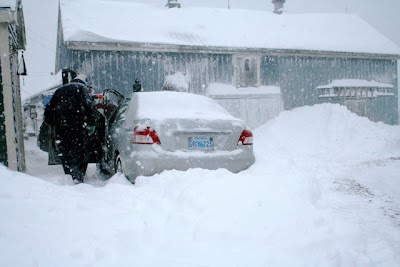 Then it started snowing in earnest again sometime last night. And as of now, at 1500/3 pm on Sunday afternoon, it's STILL snowing.
We probably have between 15-25 inches down. But this being the Fundy shore, the wind doth blow on occasion. (Like any occasion that ends in -day.) So we have snowdrifts around the yard, five feet deep in places. Normally there's a tradeoff that we'll have high drifts in some spots and bare ground in others. There's NO bare ground anywhere. Everything is well and truly buried. 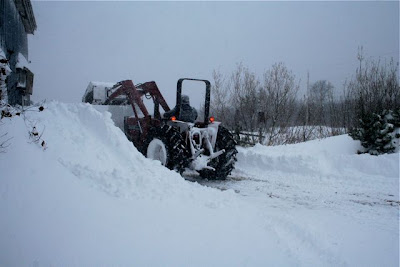 Longsuffering spouse got his longsuffering son (from previous marriage) to bring the tractor up from the other place to clear the driveway out this afternoon. The plow just got unstuck from down in the community, where it's been for several hours, and went back out. It's still snowing. I'm supposed to go to Halifax in the morning to teach a workshop. IF there's school, that is. And of course, the reality is that  it can be perfectly decent weather elsewhere. Everyone got smacked with the snowstorm, but this afternoon it's apparently sunny in the Valley while we're still getting snow. Yikes. 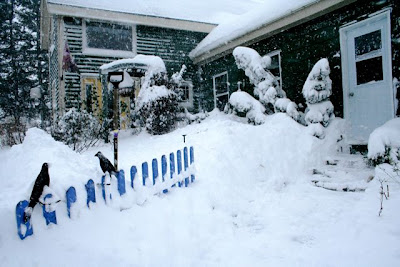 Happily, I had my snow tires put on last Monday. It's also supposed to "mild up" as my husband calls it. It's going to take a while for all this to melt, but I'm not really stressed about it, just...bemused. So today's coping mechanism includes adding a healthy dollop of Bailey's to my coffee, cutting a brownie, and cranking up the iTunes. I'll alternate between a little Metallica or Muse (no Starlight tonight, though) with "Avalanche" from David Cook's new album, and a bit about a "Storm" from Lifehouse for good measure. "Enter Sandman" anyone? 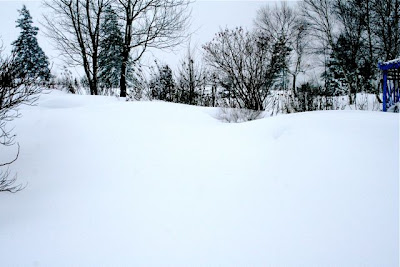 Okay, perhaps Metallica would like to re-write the song to become 'Enter SNOWman?"