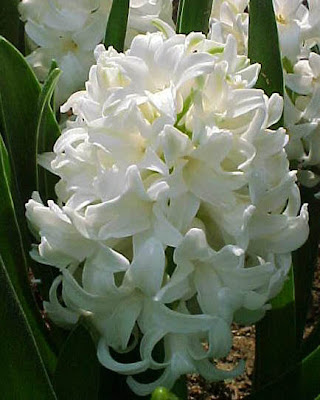 There are no colours in the garden that I don't like, although I'm not much on pastels. I do love white flowers for their purity of colour and the way they shine on cloudy days, in early evenings, but I've never done an 'all white' planting (or an all-one colour planting) in my garden. That's about to change. 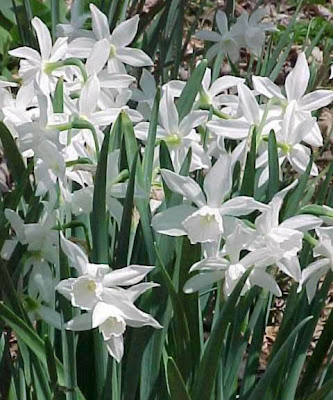 The wonderful people at the Netherlands Flower Bulb Information Centre sent me a lovely box of "hot white bulbs" which they call one of the trends for this year. I've thought about the bulbs now for a few days and have decided that it will be fun to do a small dedicated area all in white; bulbs are transitory, and as they fade, other perennials and shrubs will be coming into play. So depending on the weather, I might get these into the ground this weekend. Or not. If I only get that part of the garden prepared for them, that will be a good start.
Included in the mixture are 'Top White' Hyacinths. The smell of hyacinths can be a little overwhelming, which is why I only force one or two indoors during the winter, but I love the scent mingling on the spring air outside.
I have 'Thalia' narcissus already, and love them dearly. Actually I never met a narcissus or daffodil I didn't adore, and my last gardening column for the Halifax Herald was on narcissus. The nice thing about daffs is that they're deer and squirrel resistant because the bulbs are toxic, and they tend to multiply and live for years on end. To me, they're like sunflowers--I challenge anyone to look at a daffodil without smiling widely. 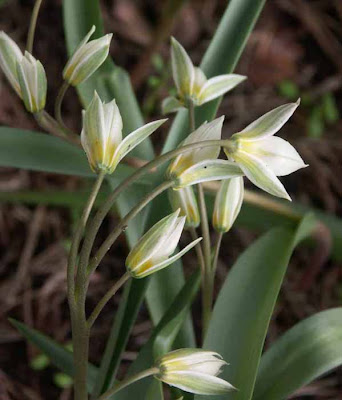 I got very excited when I saw these Tulipa turkestanica species tulips in the box; not only are they multiflowering, they tend to live for a few years. I planted some several years ago, and then promptly forgot what they were, but as soon as I saw the photo in the bulb sampler box, I recognized them from photos I had taken and left unlabeled. Hurray for solved mysteries! 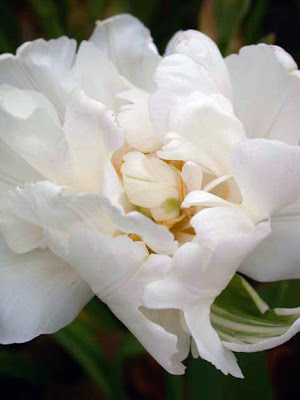 These double white tulips are called 'Mount Tacoma', and I will enjoy them immensely. This past spring I had deep wine double tulips called 'Uncle Tom', and although I said that this WILL be an all white planting, I'm deeply, deeply tempted to toss a half dozen 'Uncle Tom' tulips into the mix just for contrast. 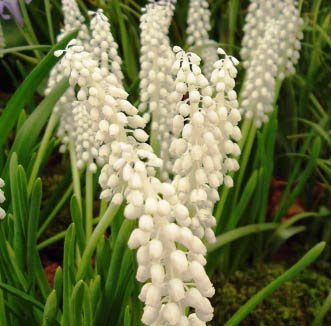 Muscari, or grape hyacinths, make me very happy too, and I'll be glad to add more white ones to the garden. I have numerous blue, bicolour blue, and even double-flowered blue muscari now, which politely multiply each year, but you can never have too many of them. 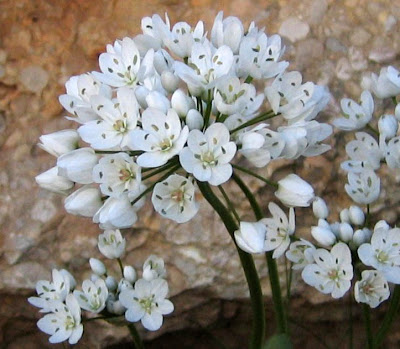 From the Allium family come A. neapolitanum, which will flower a little later than most of the bulbs. I've become very fond of alliums in the past couple years and plan to add more of the large ones, such as Star of Persia, but love the smaller-flowered species too. 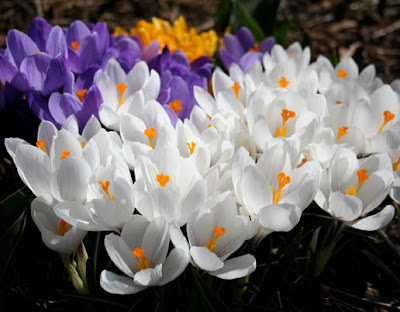 Here's another case where I usually mix colours together; I love my snowy white crocus, but think they work even better with a purple or gold variety near them to set them off; particularly as we so often have snowfalls while the crocus are blooming. The variety included in the sampler is 'Jeanne d'Arc'. 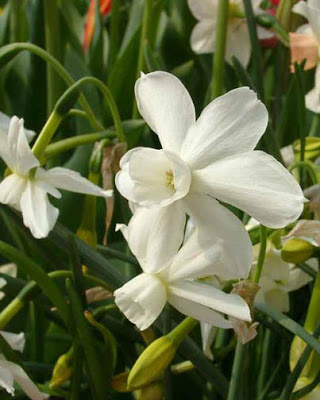 Another narcissus in the sampler, this one is 'Petrel'. Again, they make me smile. I'm planning to plant about 100 new daffodils this fall, and skip the tulips (aside from a few species tulips and maybe those Uncle Toms. That's my story, anyway!) 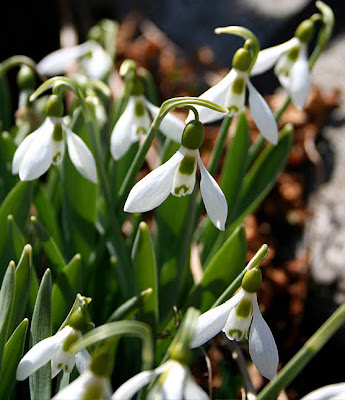 The sampler didn't include any galanthus, but I'll be adding some anyway. Snowdrops make me utterly and completely happy when I see their little shoots emerging from the frozen, often snow-laden earth. Every year I add a few more, and though I'm still years from having nearly as many as I'd like to have, they're multiplying nicely.

Have you ever done an all-one-colour garden planting? How did you like it?