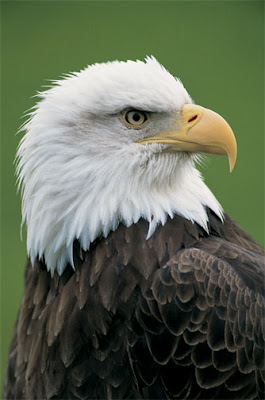 I have birds on the brain this week, moreso than usual, and when Shirl from Shirl's Gardenwatch left a comment about a bird count this weekend, it reminded me that I'd better get a related post up. But first, if you aren't the sort to read the comments left in a post, here's what Shirl asked us about on her own blog:

Just a thought – if any of my visitors outside the UK would like to do their own bird count on the weekend of 26-27 January you could pop a comment on this post with your results and I will add them to my results posting. Alternatively if you would like to do your own post just leave a comment here telling me and I will add a direct link to your posting on my results posting and people from the UK will see what birds you have in your gardens. This could be very interesting indeed to see what birds visit gardens in an hour across other parts of Europe, Canada and America. Please do consider joining me - it could be fun. Mmm thinking about this some more I might just send out some invitations!!

Well, Shirl, I'll do that for sure, and here's one of the birds I'll be watching--not IN my backyard, but for sure flying over it. For 17 years now, the nearby community of Sheffield Mills has been holding an Eagle Watch festival on the last weekend in January and the first weekend in February. Our part of Nova Scotia has been known for twenty years or more as the site of the largest overwintering population of bald eagles in eastern North America.

Kings County is also home to the majority of poultry producers in the province, many of them in Sheffield Mills, and in past years, the farmers used to feed the eagles the mortality from their barns. Most don't do that anymore, thanks to the paranoia about bird flu (another scaremongering situation that I won't rant about today), but the population continues to thrive and flourish--there are something like 500 eagles around the county throughout the winter months, and it's not usual to see dozens of them sitting in trees near a farm...just in case there might be dinner served.

It happens that while some of the bald eagles overwinter in our county then head to Cape Breton and other locales for the breeding months. However, some of them stay here yearround, including a handful that live and nest here in Scotts Bay. There are chicken barns here, and also the mudflats at low water, and plenty of woodlands around; so hardly a day goes by that I don't see at least one eagle. It doesn't matter if I see one a day or a hundred: I never, ever get tired of looking at them. They make my heart glad, whether they're sitting in trees digesting their dinners, playing on the air currents off the Lookoff, or arguing with one another over a tasty morsel in a farm field.

Here's an excerpt from an article I wrote more than a decade ago, that's still online:

We're fortunate to live in a place which eagles have decided is a good place to spend the winter. Being opportunists who would rather eat carrion that is found or provided for them than to hunt for themselves, more than four hundred eagles now frequent eastern Kings county, which is also home to 90 percent of the poultry producers of Nova Scotia.

While this largest of North American raptors has a reputation for being shy and even reclusive, the eagles that populate my neighbourhood give the lie to that tale. Often one can approach them as they perch in one of the large "eagle trees" of the area, as they digest their meal or survey their domain for other offerings or just socialize. On several occasions, while on horseback, I have come within a few metres of them and have been able to watch them and their escort of ravens for some time. This is perhaps because they regard my four-legged friend not as an interloper but merely as another aspect of the food chain.

Interestingly, one of the events this weekend will be the release of an eagle that has been rehabilitated after an injury. I haven't found out anything more about this, or where the eagle was rehabilitated (probably through the Natural Resources people in Kentville). I suspect the release will happen quietly, away from the gaggles of people that will be hanging out around Sheffield Mills, looking up into trees (and sometimes, taking photographs of seagulls or crows, mistaking them for eagles--I'm not joking about this!), but I can't help but wonder what that marvelous bird will feel like when he can once again feel the wind under his wings. 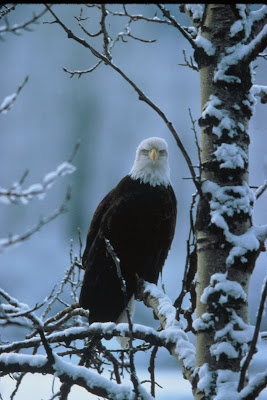