A taste of spring—and wine, and salmon, and veggies—at Kingstec

Well, I don’t know what YOU were doing last evening, but personally, I was having far too much fun. I was at the Kingstec Wine and Trees event that I’ve mentioned several times in recent weeks, and if you weren’t there, you missed a terrific time. This event is a joint project of the Kingstec horticultural program and the Culinary course, both of which are excellent programs with some topnotch instructors and students. The event showcases their talents, as well as those of a number of local wineries, food producers such as Fox Hill Cheese House, and hort-related businesses including Baldwin’s Nurseries in Falmouth 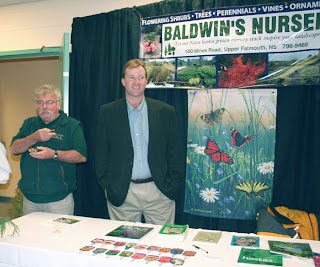 (one of my top ten favourite nurseries), Springvale Nurseries in Berwick, Hammonds Plains and Truro, Atlantic Lighting Studio in Wolfville, and Scotia Slate in Hammonds Plains. I don’t know how many people attended, but the parking lots were jammed and I sure got to visit with a lot of people I know. And we all sampled terrific foods and wines, and admired the skills and artistry of the Hort. students, who pulled out all the stops this year in their design, build and planting skills.

Stepping into the greenhouses was like visiting a miniature International Flora Montreal or Chelsea Garden Show. The students constructed a number of individual projects to be used as retail display areas in garden centres, showcasing the use of small water features, whether in a Japanese meditation garden with fog sculpting its way around the stepping stone pool, in a cascading fountain made of terracotta shards, or in any of a number of other unique water features. The second greenhouse was designed to be landscape showcasing ideas. The most common comment I heard, as I professionally eavesdropped my way around the site? “Oh. My. God. We NEED that in our yard!” I couldn’t agree more. 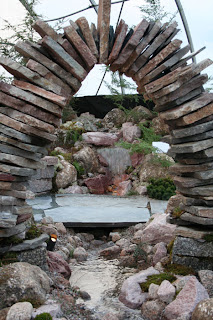 Or the serene music of a small waterfall tumbling over stone… 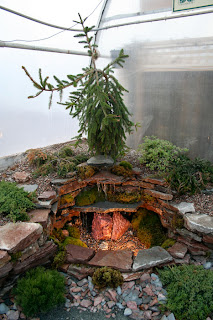 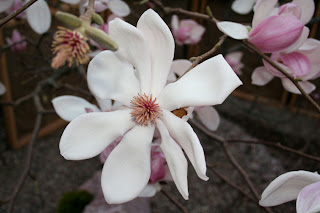 …There were ideas for everyone. I especially liked the use of a lot of native plants, conifers and grasses in some of the builds, and of course LOTS of rock. Yes, rock is native here, but the students also brought in some select stone from the Stone Gallery, including a pink mica-flecked rock. This gorgeous rock—I’m not a geologist so I don’t know what it was beyond having mica in it—caught the glow of light, whether sunlight during the early part of the evening or the skillful use of low-watt garden lighting—top quality stuff, not the plastic junk you find at the bigboxes—this made for a magical setting.

Everyone put their all into making this project work, and it was a resounding success. Cheerleading goes to Jamie Ellison, Joe Bidermann, and Jane Harrington, the main instructors in the hort program, who inspire and lead their students so well, and to both first and second year students in the program. Bravo, bravo, and bravo.

The hard part, of course, will be disassembling all that hard work. They could disassemble the slate wall/water feature and tub and put it in my back yard, if they wanted to…. 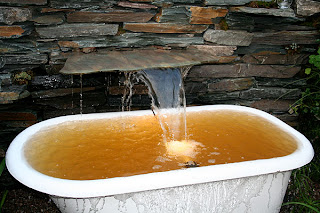