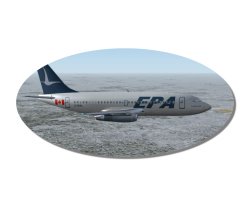 June 11, 2005. It’s been a year, already, since my father slipped the surly bonds of earth for the last time, not to take off in a Boeing 737 jet, but to leave all the trials of this world behind. We still miss him, as we always will. Whether or not it was Alzheimers or some other nightmarish dementia that took our vital, funny, talented father, husband, brother, friend and erased his personality, his memory, and much of his self, the end result was the same. And we who were left behind to mourn, to love, to remember and to celebrate Ivan I. DeLong were forever changed—yet forever keep him in our hearts.

In other postings I’ve written about memory gardening and how it can help in some small way to heal a wounded soul. In some ways, my whole garden is a memory garden; the big butterfly planting for Marilyn is taking good shape, despite the monsoons, while specific plants are designated for specific people and others throughout the garden.

Earlier in the week I saw a clinical herbal therapist, who is helping me deal with some ailments without always having to resort to painkillers and other conventional medications. She asked me if I meditated, and I said, no, because my brain won’t let me—it’s always flitting from one thought to another, like those oh-so-active hummingbirds in our garden.

Then the other day, while I was weeding some of the beds, trying to get ahead of the couchgrass that could be mowed and baled into hay, I realized that yes, O do somrt of meditate at times. Weeding, or even planting, is so relaxing to me that passages of time flee without me having actually ‘thought’ about a single thing; I’m just one with the dirt and the plants, scrabbling along doing what needs doing, and not thinking about deadlines or new stories or housework or worries or happy things…just being. That’s my meditating time, apparently.

And it’s not always so. Sometimes, I’m planning a story just because something is going on in the garden that really interests me and makes me think others will be interested. Sometimes I’m thinking about the people, human and feline, who are remembered in our garden by specific plantings. A lot of time, my thoughts turn to Dad.

I am closest to my father when in the garden; I see the carefully potted mint, and I chuckle to myself, thinking of the mint plantation that developed in Dad’s garden after I errantly planted ‘just a few sprigs’ one spring day back in 1979. Oooops. He would feel definitely superior when comparing his tomato growing abilities to mine—he grew tomatoes that were the talk of the town, while I am hardpressed to get even transplants into the ground at the right time. This year, with the ongoing and seemingly neverending monsoons, I expect tomato soup…from the plants. A story for another day.

Today was far too wet to do any actual work in the garden, but I did walk around it this evening with a couple of visitors, showing them interesting plants and casually ignoring the weeds in some spots. Everything is profoundly, amazingly lush, but some things are being beaten down by the rains and winds we’ve had lately. I was really annoyed to find two broken shoots on my dearly beloved’s red buckeye; but it’s a young tree, only three years old, and it will recover.

Earlier today, however, I sat in my office watching the garden from the window, watching the hummingbirds and thinking about Dad. Yesterday I took Mum plant shopping in Truro, a sort of retail therapy for both of us, and I brought her hostas from gardeners who have plants for sale in nearby Port Williams. We talked some about Dad, and we both wondered how we would get through this day. We did, of course.

The year has done one good thing for me; it has pushed the images of my father, dying in that hospital bed for thirteen days, away from the forefront of memory. Stronger now than those images, stronger than even the one of my mother, asleep leaning over the side of his bed with her head on his chest, her hands holding his—that one will haunt me forever—are the good images. Dad in his garden, pretending to do damage to his scarecrow with a maul being swung at a strategic spot on the scarecrow’s anatomy. Dad and his dogs. Dad and his tomatoes. Making faces at us whenever one of us pointed a camera at him. Dad in his captain’s uniform, walking around his 737 before leaving on a flight, checking it outside and in. Dad holding his only grandchild as a small baby, or holding Mum’s hand when they went for a walk. These come to the forefront, along with his gleeful, naughty-little-boy laugh when he played a trick on one of us.

I do not profess to know where people go when they die. My father’s heaven, if there is such a place, will consist of a place where he can garden, fish, walk with good dogs, be with his parents and other family and friends who have already gone…but mostly, a place where he can fly jets forever on laughter silvered wings.

We still love and miss you, Dad, but hey, go into High Flight for us.