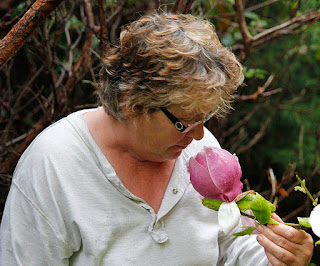 I've told the story many times of how I met Captain Richard Steele, and how he put me on the path to being fascinated with ericaceous plants. How he inspired me to be the best plantswoman I possibly could, and to rejoice in plants of all kinds.

I met Dick's daughter Diana the same day I met him. In fact, it was Dinah, as her family call her, who took me up to the greenhouse to introduce me to the great man himself, and who made tea for all of us. Before we made it to the greenhouse, however, my late beloved came bursting out of a path at Bayport Plant Farm, where the Steeles planted and bred plants for so many years.

"You have GOT to see this!" he proclaimed. I followed him around the corner, to meet my very first blue poppies, a great profusion of them, growing like weeds. Dinah just grinned at my reaction. She grinned even more at my reaction to her father a short time later. I'm not sure who or what I was more awestruck by, but they all made a permanent impression on me. 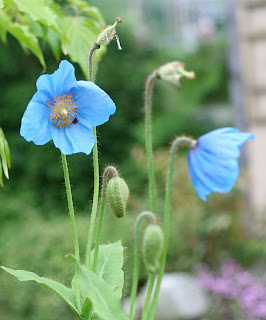 While most everyone adored Captain Steele, not everyone got Dinah the way some of us did.  I simply adored her the way I did her father. We shared a sense of humour both irreverent and snarky, but also unbridled joy at watching plants grow and bloom. Especially if the plants were a little challenging for most gardeners... 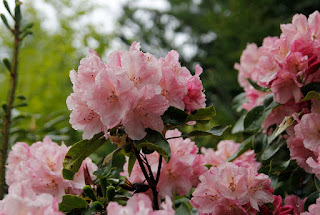 ...or were crosses that the Steeles had developed themselves. 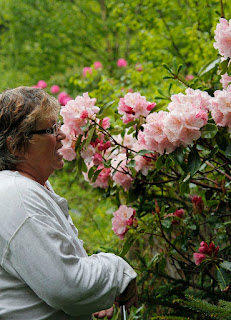 I'm pretty good at plant nomenclature, but I have never, EVER met anyone who could rattle off Rhododendron and other plant genealogy and taxonomy like Dinah. She had planted many of the rhodos, azaleas, and other fantastic plants at Bayport Plant Farm, working alongside her father and their staff, and it was fun to listen to her and Dick finish each other's sentences when talking about their particular hybrids. Dinah also introduced me to her father's famous labelling system for plants of uncertain ancestry: LOLA, NOLA and IDIIK. Which is to say, Lost Label, No Label, and I'm Damned IF I Know. Which are terms I use to this day. 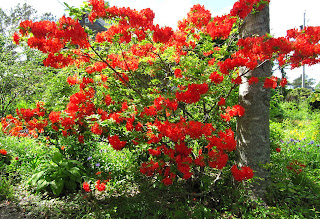 Some days, Dick wasn't around, and Dinah and I would have time to walk through the plantings, then linger over tea and talk pretty much non-stop about plants, gardens, more plants, possible plants, good plants, bad plants. 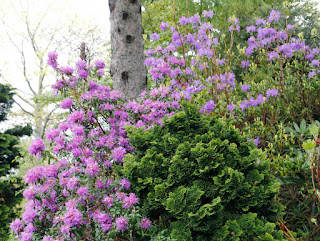 Last fall, I got word that she wasn't well, and the 'wasn't well' turned out to be cancer, metastasized in all kinds of places. She had been taken to hospital, and it was in Lunenburg where I caught up with her not long before Christmas. She knew how ill she was, but she didn't let on--she was cheery, chatty, and of all things, very concerned about a particular rhododendron that hadn't gotten moved when she built a deck on the front of her house. Did I think I could get "the boys" to dig and move it for her? I said I'd do what I could. 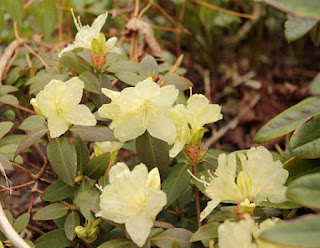 Among the wonderful plants that Dinah and Dick developed are a collection of rhododendrons, both lepidotes and elepidotes. They were successful in breeding a few very good yellows, including 'Bayport Beauty'. 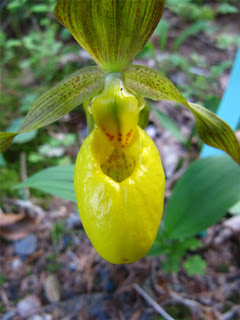 Last spring, when I came to visit and walk the magnolia plantings with Diana, she gave me several plants that have made the move from my former home to my current abode. Including a yellow lady's slipper from her colony of these marvelous plants. 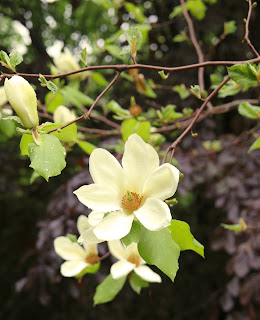 Diana Steele passed away this morning, two days less than three years since the day her father died. She leaves behind a son and daughter, and many friends and relatives who mourn her passing while also taking time to celebrate her life. To say nothing of vast quantities of plant material, growing safely in the gardens of enthusiasts around Nova Scotia and beyond. 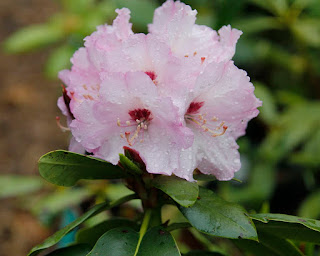 The last time I was at Bayport with her, she also pressed upon me one of the seedlings that she and "Daddy" had developed, with the pronouncement that I would have to be the one to grow it on, name it, and maybe one day register it. It made the move here too, of course. I named it the day Dinah gave it to me, stressing to her that the name I gave it was plural, to reflect the work that she and her father did together in breeding plants.

Fair winds and following seas to you, Dinah. I hope you and your Dad are breeding plants wherever you are.