Encouraging a spirit of fairness in the gardening world 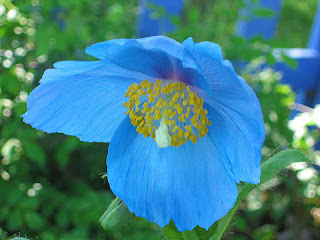 The 6th anniversary of Bloomingwriter passed quietly a couple of weeks ago. I was busy with work projects and with developing the growing community of bloominganswers, and I needed some time to think about a retrospective post. Now into its seventh year, Bloomingwriter has long been one of my ways to give back to the gardening community. I've learned so much from other gardeners, other writers, over the years, made some terrific friends, some of whom I've yet to meet face to face but whom I consider close friends regardless. Some of you are cat fans like me, and some continue in the quest for the blue poppy.
Several of those friends are outspoken, frank, and honest, passionate about gardening in all its forms. Colleen Vanderlinden is one of those gutsy writers who stands up for what she believes in, and who works hard to educate people about the pros of organic gardening and the need for responsible stewardship. It's been fabulous to watch her develop from writing a blog to writing for some well-respected publications including Treehugger.com, and she has two books on gardening for midwestern US to her credit, one forthcoming.

Recently Colleen was the subject of online bullying by a group of her so-called peers: fellow garden writers, but that's where the resemblance ends. Normally, I stay away from such politics and bad behaviour, but I don't like it when people gang up on someone and do it in a sneaky, talking behind back sort of way. Neither does Ramon Gonzalo, another of my heroes, host of the website Mr. Brown Thumb as well as several others. Ramon, or MBT as we fondly call him, decided to call the culprits out. You can read about that here. I threw in my 2 cents worth, but I was annoyed at how few other writers stood up for Colleen.
Then a couple of days ago, something happened that has shaken the gardening world, the wildlife supporting world, and all who care about this island earth.  I first heard about it through wildlife gardening writer Carole Sevilla Brown, but our own Gayla Trail, writer of several gardening books and host of the long-running gardening website YouGrowGirl,  summed it up nicely for Canadian readers. It's well worth a read.  The gist is, the American National Wildlife Foundation has gotten into bed with Scotts, the sprawling company that produces Miracle Grow, Roundup, and far more toxic products. Other friends also picked up the story and wrote about it, including Benjamin Vogt of The Deep Middle, Garden Rant, and of course Colleen at Treehugger.com. Not surprisingly, (except to the Federation), there's been a huge backlash in the past few days, with a huge amount of negative publicity. How it will all play out, no one knows just yet. 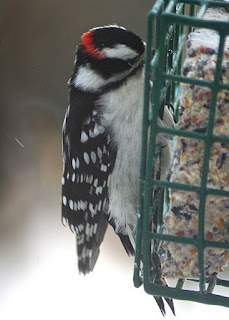 In an horrifyingly ironic but satisfying corollary, Scotts Miracle Grow was fined 4.5 million US for having sold 73 million units of bird seed that had been tainted with pesticides. Who knows how many songbirds were poisoned and died or otherwise suffered--this took place between 2005-2008, just when we were hearing a great deal about decline in songbird populations. Kind of makes you wonder, doesn't it?
Now, I call myself a small-O organic gardener. I read Rachel Carson's Silent Spring as a 16 year old, and despite not understanding all the chemistry, I was marked for life. I use compost, seaweed, bone meal, manure, and that's about it in our gardens. My pest warfare consists of diatomaceous earth when the slugs are too much even for me--like they were last year during the never-ending wet non-spring--and horticultural vinegar to control certain plants in certain places. Those are my choices and I don't insist that everyone do the same thing. My job as a gardening communicator is to explain why things are, and leave people to make their own choices (yes, even about goutweed, no matter how much I joke about it. ) I recognize that nurseries, like farmers, have their own challenges with pest controls, and are working to find integrated solutions to their problems with fertility and pest control. I don't diss them, either. 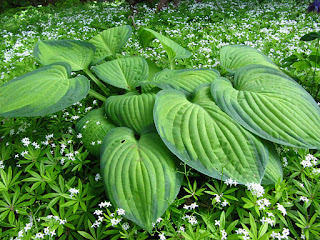 Where am I going with all this? Last week, a friend of mine told me she had become much braver at speaking out about things because she was encouraged by me. She had been basically insulted at a garden club where a member looked down their nose at her because she liked astilbes, hostas, and I think it was day lilies. As though they were common plants like dandelions or goutweed. 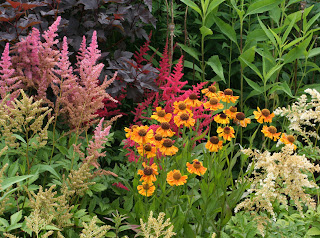 Well, even if they were common plants, my friend has a right to love any plant she wants, and an equal right not to be made to feel small. They're gorgeous plants, and no one ought to be discouraging people from joining garden clubs, getting involved in events, or looking down their noses at other people's gardens. It's like the discussion of the 'ugly garden' all over again. One thing I've always been clear about: Our job as gardening writers, speakers, communicators is to encourage gardeners of all skill levels, and to gently educate about good stewardship--not to bludgeon them over the head with insults or bully them about any differing opinion. It's been my stance here, and it'll be my stance at the new website, too.

In a perfect world, we'd all get along. We're not perfect yet, but I'll do my part to cultivate civility while also encouraging good stewardship of the land we live on. Here's to more years of blooming chatter about gardening, and of many many more people being encouraged to bloom where they are planted.

Update! Sunday, Jan 29: As reported by Mr. Brown Thumb on his garden blogging site,  The Scotts/NWF partnership is dead in the water, thanks to the passion of nature lovers, organic gardeners, and writers of all levels who weren't going to stand for this. Bravo to all who spread the information--did anyone see it on any national news outlets? I didn't--and to all those who told the National Wildlife Federation how they felt about the situation. Never forget that we the people, no matter what country we live in, do still have power.